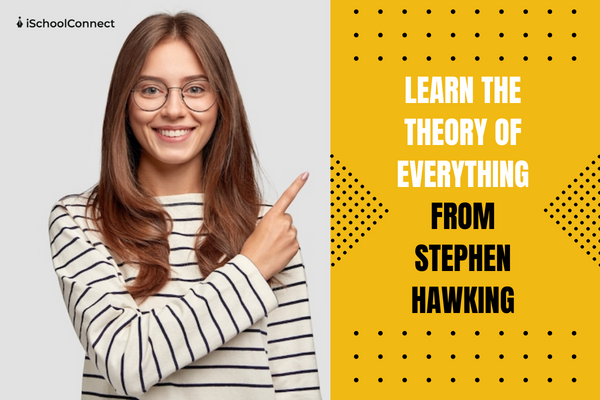 The theory of everything – A subtle story of an inspiring man.

Stephan Hawking, who made time understandable, had a difficult life. The theory of everything sheds light on his life and pursuits. Keep reading for the full review.

There’s nothing more inspiring than life. It throws hardships to teach us how to stand back. Even if whole world turns against us, it gives us a chance to stand with ourselves. Just like that, even when his body gave up on him, he didn’t and neither his wife. The legend Dr. Stephan Hawkings is a true inspiration. His biopic, the theory of everything, revolves around his life. It also focuses on the concept of black hole and his research on time. The movie was released with two movies that had similar concepts. Interstellar and Big Hero 6 also had black hole and time as base of the story.

The film still did a good job in theaters. It is among critically acclaimed movies that are known for their quality performance.

The theory of everything is a biography of the legendary cosmologist Dr. Stephan Hawking. It is a biographical romantic drama that shows the inspirational journey of Dr. Hawking. The film is based on the memoir Traveling to infinity: My life with Stephan by Jane Hawking, Stephan’s first wife.

was released in 2018 with a talented cast. Eddie Redmayne as Stephan Hawking and Felicity Jones as Jane Hawking. Anthony McCartan writes a neat screenplay. Former documentarian James Marsh did an excellent job with the direction. The film will motivate you to keep going.

The theory of everything is a biographical movie that captures the heart of a period romantic drama. It speaks more through the scenes than dialogue. That’s the beauty of its direction and the acting by the cast.

The film starts with one of the most important movements in the relationship between Stephan and Jane. Young and active Stephan races his fellow student to the party, where he meets Jane for the first time. Stephen is a Ph.D. student in cosmology, and Jane is a Ph.D. student of Spanish poetry.

They instantly connect with each other and fall in love. Stephan starts to have difficulties walking. One day if falls down and gets diagnosed with motor neuron disease. The doctors say he only has two years to live. Stephan cuts everyone off of his life except Jane as she’s persistent to company him.

They get married immediately and have three children. Stephan decides to do his research on time. He births a theory on black holes, claiming it’s the beginning of time. This theory brings him fame and money. Within this professional progression, his personal life suffers with his body.

Jane keeps encouraging him to do more and more research and takes good care of him. As time goes on, she starts feeling overwhelmed and stressed, for she’s deeply entangled with responsibilities. Jane finds help in the face of handsome choir teacher Jonathan.

Stephan continues to research on time and becomes popular worldwide. He meets therapist Elaine and finds a connection. Jane and Stephan realize their marriage is no longer the same and decide to separate.

That’s the plot of the film. It covers all the important events in Dr. Hawking’s life as it should. Despite all the dramatic events in his life, the film shows them with rightfulness. It almost seems unreal. The movie is indeed inspirational but lacks to intrigue the audience.

5 reasons to watch it

Here’s why you should watch the theory of everything.

Read more: Self motivation | 8 steps to being a self-motivated person

5 reasons not to watch it

Here’s why you can avoid watching it.

The theory of everything got mixed reviews online. The film critics adored it for Eddie Redmayne’s performance. It got various awards and nominations. They are as follows.

Liked this blog? Read next: Top 7 motivational books worth reading!

Q1. Did Dr. Stephen Hawking approve of this movie?

Q2. Where can you watch The theory of everything?

Answer: It is available on OTT platforms like Amazon prime.

Answer: He had an estimated IQ of 160, similar to Einstine.

Admin iSchoolConnect
Study Abroad Expert
`
Horology | History, art, and devices How to create your own website in 7 (not so) easy steps