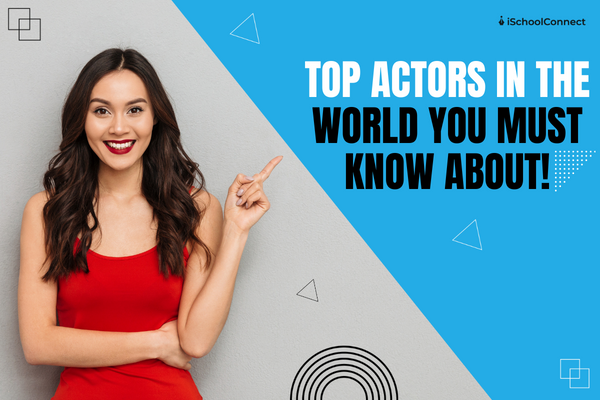 With cinema reaching past borders and domestic movies up for international consumption, the economics of the business has changed as well. With that said, let’s look at the top 10 actors who have accumulated an eye-watering fortune in our list of the richest actors in 2022.

Face of one of the most recognizable and viewed sitcoms in  TV history, Jerry Seinfeld takes pole position on the list of the richest actors in the world. Having started his career with the sitcom “Benson”, Mr. Seinfeld went on to explore his craft in more TV shows & movies. In 1989, he co-created “Seinfeld”, and the rest was history. He reportedly earns $50 Million a year.

Regarded as “King Khan” of the Hindi movie business, Mr. Shah Rukh Khan is amongst the most widely known people on the planet. With a career spanning more than two decades, Mr. Khan has cemented himself as a mainstay in the movie business. Apart from acting, he also has his own movie production studio “Red Chillies” and,  an IPL team, amongst other commitments.

Read more: The best ways to earn money online as a student!

Having started in the movies in the early ‘80s, Mr. Tom Cruise has an unshakable image as the most significant action movie star in the world. With multiple successful film franchises such as Top Gun and Mission Impossible, Mr. Cruise has proved his box office mettle time & again. Reportedly, he will be the first actor to shoot for a sequence of his film in outer space.

Boasting an impressive filmography, Mr. George Clooney has walked the fine line between commercial success & critical acclaim. Recipient of 2 Academy Awards, the Ocean’s Eleven actor is also heavily involved in activism and humanitarian work. Like most other names on this list, Mr. Clooney is a producer too, with some big-name projects such as The Ides of Merch, in which he also acted alongside Ryan Gosling.

A veteran of the movies, Mr. Robert De Niro is an institution in himself with a career spanning more than 40 years. Having received the illustrious Academy Award twice, Mr. De Niro has been a part of classic movies such as Taxi Driver and Goodfellas. He also owns and operates the Nobu chain of restaurants.

A triple threat of talent, Mr. Mel Gibson is an actor, producer, and director. Having been the face of celebrated movies like Braveheart and Lethal Weapon, Mr. Gibson has also directed much-loved films such as Hacksaw Ridge. Not exactly the most loved man on the list owing to his controversial statements, Mr. Gibson is nonetheless one of the most talented individuals in the business.

Slotting in 7th on our list, Mr. Adam Sandler has mastered the comedy genre and made it his own. Apart from his impeccable comic timing, Mr. Sandler has also led the cast of critically acclaimed movies such as Uncut Gems. He also has a contract in place with streaming giant Netflix on a four-film deal worth approximately $250 Million.

Pop Sensation, Actor, Fashion Designer & Business Person, is there anything Ms. Jennifer Lopez can’t do? Most well-known for her pop music, Ms. Lopez has also had a massively successful movie career, with her last appearance in the 2022 hit Marry Me. All of this combined with her clothing & perfume line, Ms. Lopez, slots in 8th on our list.

An exceptional career of over 60 years & most oscar nominations for an actor in history means Mr. Jack Nicholson who ranks 9th in our list of the richest actors in the world. Having starred in cult classics such as The Shining & The Departed, Mr. Nicholson is now on his well-deserved retirement after accumulating a fortune and an absolutely smashing filmography.

Cinema without Mr. Sylvester Stallone would be a disservice to audiences the world over. Having a filmography boasting of titles such as Rocky, Rambo & The Expendables, Mr. Stallone has cemented himself as a cinema legend in every sense of the word!

Please drop us a comment on what you’d want to read next!

Liked this blog? Read next: How to Become an Actor: Skills, Courses, Career and More

Q1. Who are the top 3 richest Indian actors?

Q2. Which are the highest-grossing movies of all time?

Answer: Avatar, Avengers: Endgame and Titanic round up the podium of the highest-grossing movies.

Q3. Which actor has the most Academy Awards?

Answer: Acting powerhouse Katharine Hepburn leads the way with 4 Oscars to her name.