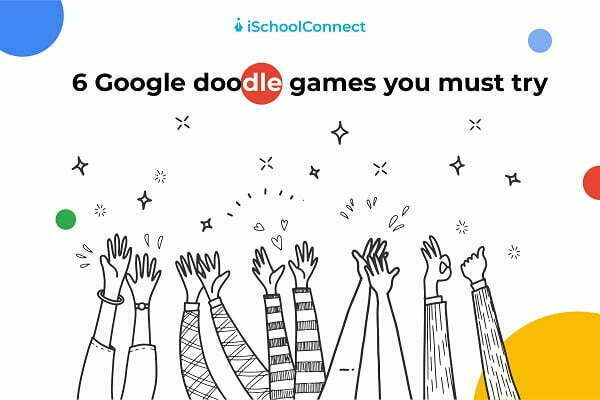 The Google Doodle team has built a wealth of creative and entertaining games that can be played straight in your browser. These inventive mini-experiences are ideal for passing the time or learning something new. We’ve prepared a list of the finest and most popular Google doodle games. Keep reading!

Google Doodle games are more than simply a diversion. They typically memorialize a specific event, such as significant inventions or the 2020 Summer Olympics. While some of the Google Doodle games are older than others, they always serve the same purpose: to put a humorous perspective on a historical event. Try out these most popular Google Doodle games if you’re looking for a quick way while you learn while also learning a few things. The list below includes both classic arcade games and newer, educational games. Let’s begin!

The Rubik’s Cube doodle was released in 2014 to celebrate the product’s 40th anniversary. It is a fun and engaging way to play one of the world’s most popular games.

The Rubik’s cube, despite its apparent simplicity, is a complicated mathematical problem. It is frequently used to teach students fractions, proportions, and permutation and combination. Twisting and rotating the cube gives an infinite number of possibilities. According to known studies, there are 43 quintillions of potential Rubik cube combinations.

If you don’t have a Rubik’s Cube and want to put your talents to the test, check out the Google Doodle.

To mark the 30th anniversary of the titular arcade classic, Google created a Pac-Man doodle in 2010. To begin, simply press the insert coin button. However, unlike at the arcade, it won’t cost you a quarter. The Pac-Man map, in a unique Google twist, spells out the word Google in the middle, requiring you to follow the curves of the word to gather all of the pellets while avoiding the ghosts.

Apart from that, the game is a precise replica of the original Pac-Man. As an additional bonus, you can partner with anybody to play Ms. Pac-Man.

Since the debut of Disney’s Snow White and the Seven Dwarves, garden gnomes have gained considerable public recognition. However, they’ve been a part of German culture since the nineteenth century, known as gartenzwerg, or red-capped dwarfs. The doodle ‘Celebrating Garden Gnomes’ first appeared in 2018 to celebrate Germany’s Garden Day.

In this Google Doodle, you’ll learn about the history of garden gnomes before throwing them from a trebuchet to establish a garden. You can launch a variety of gnomes further than 75 meters. To acquire the most distance, timing the trebuchet arm with a mouse click. Once you’ve mastered the timing, you’ll be able to create your virtual garden in no time.

One of the most remarkable Google Doodles is the Doodle Champion Island Games. This Google doodle was created to commemorate the 2020 Summer Olympics and Paralympics in Tokyo. It is also an homage to Japanese mythology and culture.

In this game, you take on the role of Lucky the Ninja Cat, attempting to become the greatest in several sports while also assisting the residents of Champion Island. It features table tennis, archery, rugby, swimming, and artistic swimming mini-games.

You earn a sacred scroll after defeating one of the seven champions on the Island. When you collect all seven sacred scrolls, you will be crowned Island Champion and bring peace to the island. Unlike other Google Doodles, this one takes a long time to finish.

To mark the 155th anniversary of the historical Pony Express, Google created the Pony Express doodle in 2015. The gameplay is simple and clear: you ride a horse and collect postal envelopes while avoiding cactus and other obstacles, with the ultimate aim of collecting 100 letters.

The accompanying video with the doodle is what makes this so fascinating. It chronicles the story of William H. Russell, Alexander Majors, and William B Waddell, who founded the Pony Express in 1860. Although it was only in operation for a year due to the introduction of the telegraph and other factors, the Pony Express lives on in the public imagination. It was also critical in connecting California and other parts of the West to the rest of the United States.

Pizza as we know it was created in the Italian city of Naples, but today, pizza is enjoyed all over the world in numerous ways. In fact, in 2017, the UNESCO Representative List named pizza a part of the Intangible Cultural Heritage of Humanity.

The Celebrating Pizza doodle honors the delightful feast by allowing you to cut up pizzas from across the world. All you have to do is move your mouse over the pizza and chop it apart with the pizza cutter. You’ll start with traditional pizzas like margarita and pepperoni before progressing to more exotic flavors such as Japanese teriyaki chicken mayonnaise, Thai tom yum, and Indian paneer tikka.

We hope you enjoyed reading this blog. If you have any doubts, you can reach us here. You can also leave a comment below and share your thoughts.

Liked this blog? Read next: Idioms | All you need to know about 5 top idioms comprehensively!

Q1. How can I access old Google Doodle games?

Answer- Google provides a history archive if you missed the previous day’s doodle or simply want to see what was published years ago. There’s a comprehensive historical record of every doodle that’s ever been released on the homepage at google.com/doodles.

Q2. On Google Doodle, how do you cut dessert pizza?

Answer- Use your pizza cutter and cut through the middle of the dough. This gives you two even slices.

Q3. Can we play these games on mobiles as well?

Answer- Yes, you can play these games on mobiles as well on desktops.

Admin iSchoolConnect
Study Abroad Expert
`
Indian eateries in the UK | Top 10 places to eat for Indian students Proverbs in English | Sayings you should always abide by!