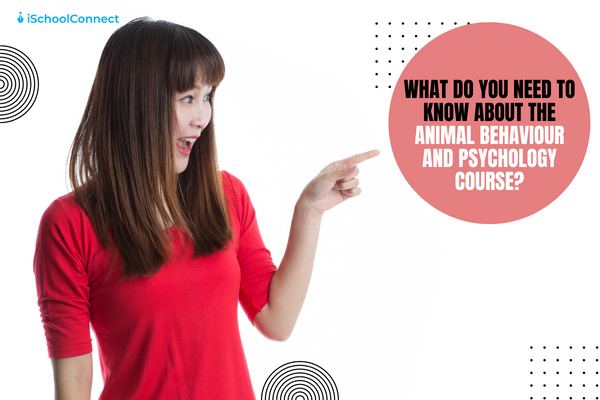 Millions of animal species on the planet play an essential role in biodiversity and the food chain. Understanding animal behavior and psychology are not that easy. Keep reading to learn more about animal psychology.

Below are some reasons to study animal behavior

To generalize information to humans

One of the goals of studying animal behavior is to see if some of these findings can be generalized to human populations. Animal studies have traditionally been used to determine whether certain medications are safe and appropriate for humans, whether specific surgical procedures work in humans, and whether certain learning approaches are useful in classrooms.

Comparative psychology has also been widely used to study developmental processes. Konrad Lorenz discovered that geese and ducks have a critical period of development during which they must attach to a parental figure, a process known as imprinting, in his well-known imprinting experiments.

Lorenz discovered that he could imprint the birds on himself. If the animals did not take advantage of this crucial opportunity, they would not develop attachments later.

Read more: Everything You Need to Know About Studying Animal Science!

Do animals have thoughts and emotions?

Many animal cognition researchers agree that animals ‘think’; that is, they interpret and react to their environment, interact with one another, and experience various emotions such as stress or fear. However, whether they are ‘conscious’ in the same way humans are has been widely debated in ethology (the study of animal behavior) and psychology.

Animals can express emotion, but one cannot consider it a language. Language exchange is the exchange of information through non-fixed symbols (speech). To warn or manipulate other animals, animals produce innate signals (such as the screech of an eagle when encountering predators). They cannot vary their sounds like humans.

When it comes to preserving a species or how an animal’s behavior helps it survive, animal behavior research is particularly relevant to studying human behavior. One can study animal behavior in stressful or aggressive situations to help find solutions for humans in similar situations; it may also provide insight into dealing with depression, anxiety, or other mental health disorders.

In animal-assisted therapy, dogs, horses, and other domestic animals assist in various forms of treatment, which can be beneficial for socially isolated people with an autism spectrum disorder or suffering from a mood disorder or post-traumatic stress disorder. Interacting with animals has increased oxytocin levels in humans, a hormone that promotes social bonding.

Individual behaviors of specific animal species, such as primates, are sometimes studied by comparative psychologists to learn more about personal grooming, play, nesting, hoarding, eating, and movement behaviors. Reproductive behaviors, imprinting, social behaviors, learning, consciousness, communication, instincts, and motivations are some of the other topics that comparative psychologists may investigate. Below are some of the topics for study-

What is the role of an animal psychologist?

Animal psychologists conduct academic research to investigate how animals interact with one another (communal groups, competitor groups, predators, and prey), with the environment, and with humans and our development. They resemble naturalists more than most biologists. Some academics and researchers may travel worldwide to observe animals in their natural environments.

Zoos, nature reserves, and other animal parks employ animal psychologists to oversee, research, and encourage animal welfare. Many zoos worldwide have incorporated animal psychology discoveries by providing enrichment programs such as toys and games and basic problem-solving puzzles so that animals may earn their food.

How to become an animal psychologist?

STEP 1- Get a Bachelor’s degree.

STEP 2- Get some work experience.

STEP 3- Register for a post-graduation course.

Below are the best universities to study animal behavior and psychology

According to ZipRecruiter, the average annual salary for an animal psychologist in the United States is slightly less than $70,000. It equates to about $34 per hour. The salary range, however, is much broader. The lowest 25% of workers in this field earn around $28,500 annually, while the highest 25% earn nearly $100,000 annually.

Your level of education and experience heavily influences the salary for this position. For example, suppose you have a master’s degree in animal psychology but no work experience. In that case, you will earn less than an animal psychologist with the same degree but 10 years of experience. Your salary may also be affected by where you work.

Did you find this blog informative? Please let us know your thoughts and views in the comments below. Click here to contact us for more information on animal behavior and psychology. We would be happy to assist you with your queries.

Liked this blog? Read next: Top differences between plant cells and animal cells

Q1. What are the 4 types of animal behavior?

Answer- Instinct, imprinting, conditioning, and imitation are the four types of animal behavior.

Q2. What is the study of animal psychology called?

Answer- Ethology is the scientific study of animal behavior in its most natural form, including animal communication, predation, defense, aggression, mating, imprinting, fixed action patterns and releasers, and migration.

Q3. What are the four primary approaches to studying animal behavior?

Admin iSchoolConnect
Study Abroad Expert
`
How to become the wildlife photographer of the year? Web Surfing Science – All you need to know