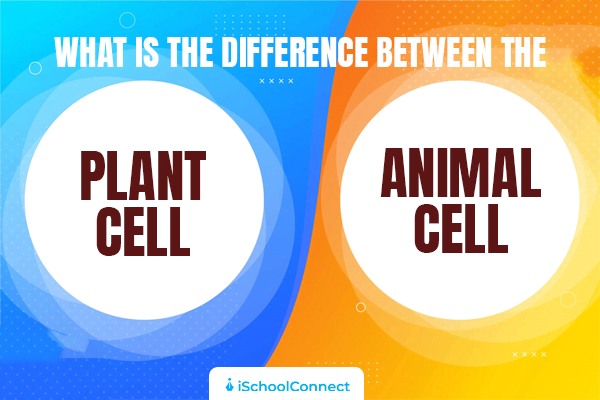 Biology has always been an interesting subject. The minute detailing of plants, animals, and their structure is fascinating. Read on to know the difference between plant cells and animal cells.

A human body is nothing more than a collection of different cells that perform various functions to achieve a common goal. Biology teaches us about the two different types of cells, plant cells, and animal cells. During school days, students might have minor confusion between the two cells. Keep reading this blog to learn about the difference between plant cells and animal cells.

What is a cell?

A cell is a smallest and most fundamental unit required for life to exist. These cells are in charge of carrying out various life activities. Organisms are classified into two categories based on the number of cells present.

Since unicellular organisms have a single cell, cell divisions such as mitosis and meiosis do not occur within them. Instead, these organisms reproduce asexually, such as budding.

What is a plant cell?

A plant cell is a eukaryotic cell with a true nucleus and organelles carrying specific functions. Photosynthesis is a natural phenomenon that only occurs in plant cells. This means that animal cells cannot photosynthesize.

Some characteristics associated with plant cells are as follows-

What is an animal cell?

Animal cells are eukaryotic cells surrounded by a cell membrane and contain a membrane-bound nucleus. Apart from the nucleus, the animal cell includes a variety of membrane-bound organelles that serve particular tasks.

An animal cell has the following characteristics-

Read more: BSc Microbiology Subjects | All You Need to Know

Difference between plant and animal cells

Plants are autotrophs; they procure energy from sunlight through the process of photosynthesis. Cell organelles known as chloroplasts carry out this process. Animal cells lack chloroplasts.

Only a few lower plant forms have centrioles in their cells, such as the male gametes of charophytes, bryophytes, seedless vascular plants, cycads, and ginkgo. In contrast, centrioles are present in all animal cells.

A lysosome is a membrane-bound spherical vesicle with hydrolytic enzymes capable of breaking down a wide range of biomolecules. It participates in cellular processes, such as secretion, plasma membrane repair, cell signaling, and energy metabolism. Lysosomes are well-defined in animal cells. The presence of lysosomes in plant cells is a point of contention. A few studies have found animal lysosomes in plant vacuoles, implying that plant vacuoles take on the function of the animal lysosomal system.

Was this blog informative? If yes, please let us know by sharing your thoughts in the comments below. Click here to contact us for more information on the difference between plant and animal cells.

Liked this blog? Read next: Astrobiology | 8 things you need to know about this field

Q1. Who is known as the father of biology?

Answer- Aristotle is known as the father of biology. His theory describes metabolism, temperature regulation, and embryogenesis.

Q2. What is the meaning of the term biology?

Answer – Biology is the study of life forms. The term ‘biology’ comes from the Greek words ‘bios’ (life) and ‘logos’ (‘study’).

Q3. What are the three types of plant cells?

Answer- The three types of plant cells include parenchyma, collenchyma, or sclerenchyma. Structure and function differ between the three types.