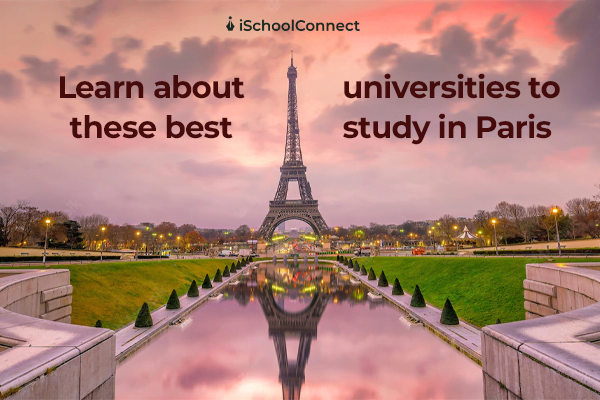 One of the most well-known cities in the world, Paris welcomes millions of visitors each year. It’s also home to many excellent educational institutions, but which are the best universities in Paris? Let’s find out.

École Normale Supérieure (ENS) is a highly selective and prestigious university known for its excellent engineering and science programs. It’s also known for its superb teaching, research, and alums network.

The school was founded in 1794 as an elite institution to train French academics and teachers. Today it has over 2,200 undergraduate students studying nine different subjects at three campuses in Paris. The most popular majors are physics and mathematics; the least popular are economics, history of science and medicine, language studies (modern languages), philosophy/ethics/political science/sociology.

It is situated in one of the most central districts, the 5th arrondissement, and is close to almost everything. You’ll enjoy one of Paris’ most stunning parks, the Jardin Du Luxembourg, just outside your door.

The University of Paris-Sorbonne (also known as Sorbonne University) is one of the most prestigious universities in France. Robert de Sorbon, a Normandy-born theologian, known for founding numerous colleges, founded it in 1253.

Pantheon-Sorbonne University, founded in 1970, is the result of the merger between France’s oldest universities: Paris I and Paris IV/V. The main campus is in the Latin Quarter, and it has another campus in Saint-Germain-des-Prés—both well-known for their proximity to some of Paris’ best restaurants and cafes.

The school’s focus on research has resulted in significant advancements: the university was responsible for developing a method that allows doctors to detect cancer cells from stool samples (a fecal occult blood test). Additionally, it offers a setting where students can study innovation by enrolling in courses like ‘Innovation Management’ or ‘Digital Marketing.’ One of the most well-known cities in the world, Paris welcomes millions of visitors each year.

The university has hosted numerous significant scientific breakthroughs, including the first nuclear physics study, and two of its former students—Marie Curie and Pierre—have won the Nobel Prize. Attending lessons is made enjoyable by the beautiful architecture. The Sorbonne is a thriving and esteemed university with 56,000 students, 10,200 international students, 2.5 million volumes, and 40 departments, including the arts, sciences, engineering, and medicine.

École Polytechnique is a French university and one of the most prestigious in Europe. With an average of 8 papers published by students each year, it has a strong reputation for research. It’s also well-known for engineering and physical sciences courses, some of France’s most particular fields.

The university was founded in 1794 by Lazare Carnot (who later became Napoleon’s Minister of War) as an elite military academy dedicated to training scientists for state service. Today it boasts one of the highest admissions standards among French universities; only 29% of applicants were admitted into this selective institution last year.

Built-in 1948, EHESS is one of the best private universities in Paris. It is located in Paris and has a strong reputation for research and teaching and its wide range of study programs. The school offers doctoral degrees in all fields of study, including economics and law.

Paris-Saclay University is a multi-site university, with its main campus in Saclay. The creation of the university was in 2016 and serves as the higher education hub for the Paris-Saclay cluster of universities, which includes 18 institutions spread throughout Paris.

Paris-Sacreay’s mission is to become one of France’s top research universities by 2020. The university has received accolades from many sources, including being ranked 5th best value for money among French universities by Le Monde in 2017 (in English: Top 50 Best Values In Europe).

École Normale Supérieure de Cachan (ENS Cachan) is a French institution of higher education and research, part of the Paris-Saclay cluster. It is a member of the Paris Institute of Technology (ParisTech).

In 1974, The École Normale Superieure was a teacher training institution. At first, it was under the administration of the University of Paris and then by the Ministry of Education. The name “École Normal Supérieure” came in 1854 when it became independent from its parent body and moved to its current location on Boulevard St Michel in the Latin Quarter.

Université Paris Diderot – Paris 7 is located in Paris’s 14th arrondissement. It’s home to one of the largest student populations in France, and it offers a wide range of courses, including those focused on science and technology.

Although the university was initially a private institution, the French government later took control in 1968.

This university has an excellent reputation—the second-oldest university in Paris! Students can choose from 73 undergraduate programs across 12 faculties (or schools), such as history, communication studies, psychology, and sociology—to name a few options.

The Conservatoire national des arts et métiers (CNAM) is a public institution of higher education and research. Founded in 1794, it offers a wide range of courses at the undergraduate and graduate levels.

If you’re looking for a grande école that offers an interdisciplinary approach to learning, École Pratique des Hautes Études (EPHE) may be a good choice.

EPHE was founded in 1868 as the Ecole des Hautes Etudes and is today part of Paris-Sorbonne University. EPHE is ranks among the top 100 universities in the world by QS World University Rankings and is one of the best universities in France.

Q1. What is the most prominent university in Paris?

Ans – One of the most famous universities in France, Université Paris 1 Panthéon-Sorbonne, has more than 14 teaching and research departments and enrolls about 43,000 students, 9,090 from outside France.

Ans – The fifth-largest country in terms of international students is France. Despite these figures, there is a slim possibility that you will be accepted because some French colleges might be pretty stringent.

Q3. How expensive is Paris for students?

Ans – The national capital has a higher cost of living than other locations, as is the case worldwide. A typical estimate for an academic year in France for international students is between 10,000 and 13,000 euros. By November 2020, 1 euro will be equivalent to 1.20 USD. 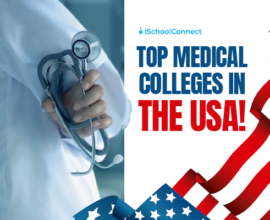 Medical colleges in the USA to become a successful doctor. 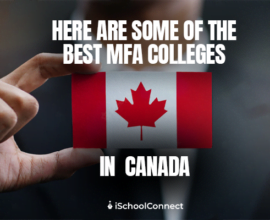 Top 5 colleges in Canada for MFA in creative writing 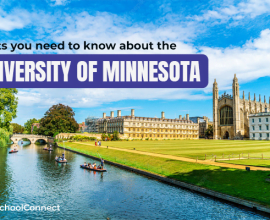 The university of Minnesota- research hub of water city.  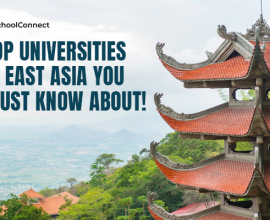 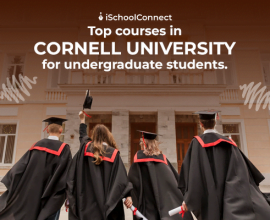