Gender equality- the need for change

Men and women are the driving force of life on earth. Women give birth to life and men help in nurturing them. This way, both contribute equally in all aspects of life. It is time we come to terms with men and women as equal working professionals. Gender equality is the need of the hour.

According to reports, the COVID-19 pandemic exacerbated gender inequality, women’s unemployment, the percentage of adolescent girls who did not return to school, and a rise in gender-based violence across countries. What can we do to help with gender equality?

Gender equality by 2030 necessitates immediate action to address the numerous root causes of discrimination that continue to limit women’s rights in both private and diverse societies. Discriminatory laws, for example, must be changed and legislation enacted to advance equality constructively. Despite this, 49 countries lack laws protecting women from domestic violence, and 39 prohibit equal inheritance rights for daughters and sons. Gender-based violence is a top priority because it is one of today’s most prevalent human rights issue.

What is gender equality?

Gender equality occurs when men and women have equal rights, duties, and opportunities. Everyone is affected by gender inequality, including men, women, children, transgender and various other diverse genders from around the world. It impacts people of all ages and backgrounds.

Gender equality safeguards women and girls against violence. It is required for economic growth. Societies that provide equal opportunities to men and women are safer and healthier.

Gender equality is a fundamental human right. It was incorporated into international human rights law by the Universal Declaration of Human Rights, which the United Nations General Assembly adopted on December 10, 1948.

Read more: Women empowerment essay | How to write the perfect one!

Some facts and statistics about gender equality

Who does gender inequality affect?

Everyone, including men, is affected by gender inequality. Prejudices or ‘rules’ about how men and women, girls and boys should behave start in childhood and continue into adulthood.

Gender equality is not just a women’s problem

We live in a society that has already presumed men to be powerful beings. Their emotional quotient is never taken into consideration. A boy or a man can be vulnerable, sensitive, and have the right to show emotions. But the heavy duties that are put on their shoulders weigh them down.

It is not a man’s responsibility to run the house or solely earn for his family’s living. Men face numerous challenges in everyday life due to these prejudices.

Here are some problems faced by men-

Why is gender equality important?

It contributes to business

When women have equal access to education and job opportunities as men, they can contribute to the success of any organization they join. According to research, diversity of all kinds (gender, race, sexual identity, etc.) boosts an organization’s innovation and efficiency.

Gender equality and racial equality are inextricably linked. ‘Race’ is a significant factor in issues such as the gender pay gap. Black women in the United States have a higher risk of death from pregnancy-related causes. When gender equality takes race into account, race equality improves as well.

Poverty can be controlled

It is stated that young girls are highly affected by poverty . The gender gap in poverty widens as boys and girls grow older. This is most likely because girls do not receive the same educational and employment opportunities as boys, and when girls marry, they often do not work. Gender inequality traps women and their families in poverty cycles.

We hope this blog was informative. If so, please share your views in the comments below. Click here to reach out to us for more information on gender equality. We would be happy to assist you with your queries.

Liked this blog? Read next: The importance of education | 9 reasons why we need it

Q1. Which is the most gender-equal country in the world?

Q2. What is a man’s role in gender equality?

Answer- Men play an important role in promoting women’s economic rights and independence, which include access to employment, suitable working conditions, regulation of financial resources, and full involvement in decision-making.

Q3. Who is the ambassador for the HeForShe movement?

Answer- Emma Watson is the ambassador for the HeForShe movement.

Admin iSchoolConnect
Study Abroad Expert
`
What to do after you have an admit | 6 steps you can follow. A letter to God 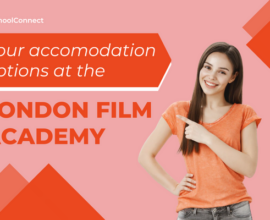 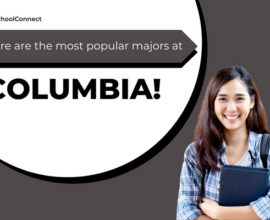 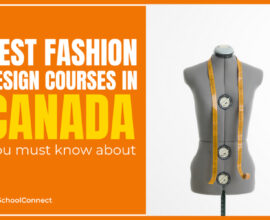 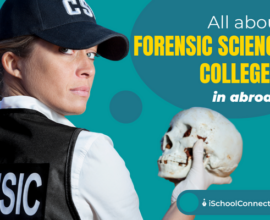 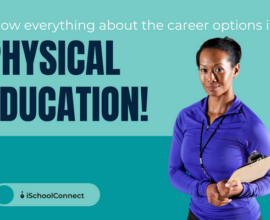