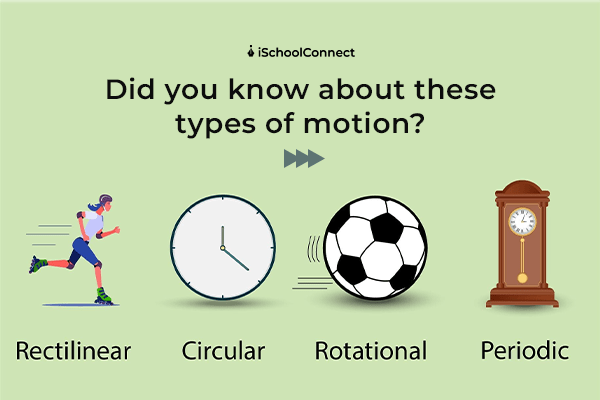 Introduction to the types of motion

When we discuss motion or rest, we are referring to a place known as the origin. So, in terms of the change in position, we now have two quantities that may be applied to define that change in position. They are distance and displacement, respectively. So the question is, what is the distinction between the two? Distance is defined as the entire route length covered during the motion. It can only be expressed by magnitude. Displacement, on the other hand, is the smallest distance between the beginning and end positions. For a comprehensive depiction, both magnitude and direction are required. Read further to know about the various types of motion.

Motion is defined as a change in an object’s location concerning time. Motion can be seen in a spoon dropping off a table, water running from a pipe, creaking panes, and so forth. Even the air we breathe is in motion! Everything in the cosmos is in motion.

We live in a constantly changing universe. The atom, the basic particle of matter, is also in continual motion. Every physical process in the cosmos is made up of some kind of motion. Motion can be either fast or slow, yet motion exists. Because of the importance of motion in the physical world, we must devote adequate attention to its research.

The following terms are commonly used to describe motion:

As previously defined, distance and displacement are employed to represent location changes. Now, if someone asks how far A is from B, we can’t offer a definitive response since it depends on the path traveled. It might be the same for all three paths. However, because a straight line connects the two places, we can always offer a clear answer for displacement. In other words, displacement is just the shortest distance between two places, which is Path 2 in our example. As we can see, it too has a certain orientation from A to B.

So, now that we have a fundamental understanding of both, let us try to solve an example: Assume the distance between cities A and B is ‘d’. A person travels from A to B and then returns. Determine the distance traveled and displacement.

The shortest distance between the beginning and final positions is used to calculate displacement. Both are the same in this situation, thus displacement is also zero.

Read more: Science stream subjects you should know about

We may have seen that various items move in different ways. Some items travel in a curved course, while others move in a straight path, and yet others in a different fashion. Motion is categorized into three kinds based on the nature of the movement:

Particles in linear motion go from one position to another in either a straight line or a curved route. The linear motion is further classified based on the route of motion as follows:

Some instances of linear motion are train motion, football motion, automobile mobility on the road, and so on.

There are also several more forms of motion based on direction or state of motion.

Types of motion as per directions are

Some other types of motion are

Was this blog informative? If so, please share your thoughts in the comments below. Click here to reach out to us for more information on the differences between BE and BTech courses.

We would be happy to assist you with your queries!

Q1. What is the shape of a body’s path when it travels uniformly?

Answer – A straight line is the shape of a body’s path when it is moving uniformly.

Q2. What is the most prevalent kind of movement?

Answer – The most common type of motion in sports and physical exercise is general motion.

Q3. Is it true that all motion is interconnected?

Answer – Every movement is linked to a reference frame. Whether a subject is at rest or in motion simply implies that it is being described in relation to a moving frame of reference.

Tags :
types of motion
WRITTEN BY 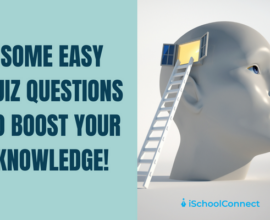