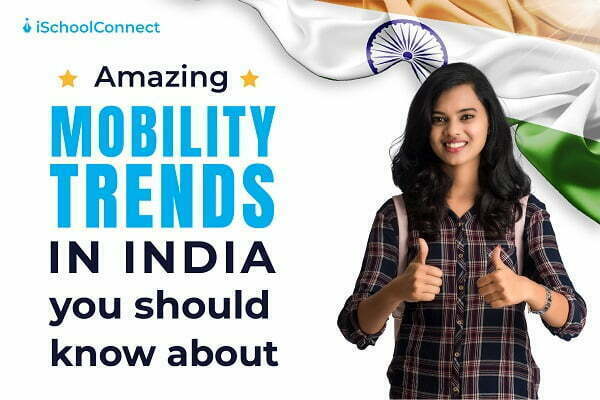 Destinations like the USA and Canada are popular among Indian students studying abroad. However, the students' migration preferences are slowly changing. Let's have a look!

According to UNESCO, 5 million students went abroad for their higher education in 2018 and 750,000 of those happened to be from India. USA, UK, Canada, Australia, and Germany have been some of the most preferred countries by international students. From cultural influences to immigration policies, a lot goes into making the final decision. Let’s discuss in detail all factors that influence Indian Study Abroad aspirants.

The global academic front has changed drastically throughout the years. Countries around the globe have introduced diverse program options that draw international students to them. University diversity, financial aid options, employment opportunities, the potential ROI and the facilities provided by these countries are the primary factors that act as the driving force for students to broaden their horizons and become a global citizen.

UNESCO published interesting statistics in 2018 about countries that have the highest contributions to student mobility.

East Asia and the Pacific have the highest mobility range of more than 1.5 million students per year. North America with a number of 700,000 comes in second. South and West Asia, as well as Western Europe, recorded the mobility of 600,000 successful aspirants.

Why do Indian students study abroad?

Cultural elements, such as language, religion, infrastructure, university culture, and student diversity have a deep influence on students. The presence of the Indian community and the residents’ socioeconomic status also impacts the final choice.

Out of all the reasons listed above, here are the primary parameters that have influenced Indian students to study abroad over time:

1) Easier admissions: Admission to Indian universities can be challenging due to high cut-off and competition. Consequently students with good grades and a sufficient budget steer towards choosing education abroad.

2) Better specialization options: Students get to explore the lesser heard subjects and combinations that are commonly available abroad.

3) Quality of Academics: Be it the resources shared with students, healthcare benefits, exposure or financing opportunities, all critical influencing factors greatly influence students.

4) Immigration opportunities: 80% of the students who head to pursue higher-ed from India to USA or Canada, end up residing in the host country as immigrants.

5) Better research platforms: With universities offering and funding exclusive research topics, this acts as a major deciding criterion for many students.

A recent report showed a detailed movement of the outbound students to the various host destinations. The host countries most popular among outbound students are – USA, Canada, UK, Germany, Australia, New Zealand, and China.

Displayed above, are a few quick statistics that help us gauge a host country’s mobility vis a vis its inbound students. USA receives over 54% of students from China. This is followed by India (29%), South Korea(8%), Saudi Arabia(5%) and Canada(4%) In Canada, the percentage of Indian students (53%) can be seen is the highest. From the graph below it can be deduced that most host countries receive their students from – China, India, South Korea, Saudi Arabia, and a few other Asian countries.

From the year 2000 to 2016,  the migration pattern has drastically changed,  as represented in the graph above. The preference of countries has transformed as well. For example, at the beginning of the decade, the percentage of  Indian students who had traveled overseas increased from 66K in 2000 to 301K in 2016, based on the data generated by UNESCO, Institute of Statistics. Let’s compare the percentage change vis a vis inbound students of a few host countries.

In 2000, the major share of Indian students overseas was divided into 4 major countries. The US ranked first with a substantial 59%. Australia, UK, and Canada followed next with a share of 7%, 6%, and 1% respectively. The remaining 27% included all the other countries. However, this trend has certainly seen a shift. Recent statistics indicate that there is a clear switch in Indian student preferences while choosing a country for overseas education.

The reason for this shift is the increase in courses provided by some of the other countries and the ease of admission process. Germany, Ireland, South Korea, Singapore are some of the examples of countries students have started to prefer. Scholarships, the inclusive nature of the universities, ease in visa policies also played an important part in this shift to occur.

USA noted the highest cost of immigration whereas Canada and UK showed lower costs comparatively. Australia, New Zealand, and Germany showcased moderate to low costs. Work permits while studying have more or less remained universal among all host countries i.e. 20 hours per week for all degree-going students and above.

Three countries that showed education in the host country as an added benefit during the immigration process are- Canada, Australia, and New Zealand. On the other hand, USA, UK, and Germany gave no such extra points to immigrants.

Impact of a country’s growth and economy

Does the GDP influence the behavior of a student’s outbound mobility? A report by University World News proves that it does. Countries like China, India, and South Korea send the most number of students to study overseas. On questioning the macro-level factors we came across the concept of Outbound Mobility Ratio commonly known as, OMR.

World report states that the OMR “measures the number of students from a given country studying abroad as a percentage of that country’s total tertiary enrolment at home”. Few other factors influencing OMR are – per capita income, population size, tertiary supply and demand, development status and language.

Another report mentioned that employment opportunities generated by a country, it’s per capita income, and standard of living, also have an influence over students who look at immigration vis a vis post-education career prospects. Flexible immigration policies and higher wages affect students to seek employment.

US National Science Foundation’s Survey reveals that about 80% of students from India and other Asian countries choose to remain in America after completing their grad6uate and doctoral studies. We also evaluated tertiary supply and demand for education in sending countries. Rising demand for tertiary education in Global South countries is a  consequence of rapid population growth, increased family affordability, and urbanization.

How can you create an effective student recruitment plan?

What does the future hold?

Can more Indian students be expected to study abroad? A recent report by Study International news stated that not only will there be a rise in the number of students willing to study abroad, countries (India, Vietnam, and Nigeria) with low to middle income will supersede China. With China’s economy witnessing a slowdown, emerging countries “are likely to drive demand in growth”, stated a report.

In fact, the global international student enrolment is expected to grow to 6.9 million with an annual CAGR of 2.97% by 2030. A complex mix of socio-cultural parameters, economic parameters and decision making at an individual level would deeply influence the movement of students for their international education.

This detailed study has to lead us to identify the various possible factors that impact the global movement of Indian students. There can be different reasons for this shift, but the most common ones are based on the changes in visa policies, job opportunities, quality of education and socio-cultural diversity.

For instance, students prefer Singapore or Ireland due to flexible visa policies. It came to light that the post-study job opportunities too, play a big role.

It is for the same reason that Canada and Australia showed growth as host countries. Students prefer Germany and Sweden because of its affordable education. US stands strong as one of the top host countries despite high investment due to its high ROI and premium quality of education.

Accommodation, food, and climate are a few other secondary reasons that influence students. All of these factors contribute in unison to show where the Indian student diaspora stands in the global education landscape.

As the number of Indian students studying abroad steadily rises, they look beyond the conventional choices for their higher education opportunities. Universities worldwide are trying to scale their student recruitment process in order to cater to the increasing influx of international students.

iSchoolConnect assists institutions and organizations around the globe virtually scale their enrollment processes and also boost student engagement. Contact us for a demo at iSchoolConnect or email us at support@ischoolconnect.com. 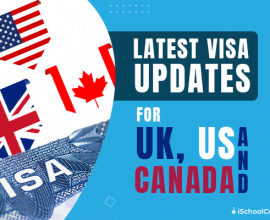 Latest visa updates | News for UK, US and Canada 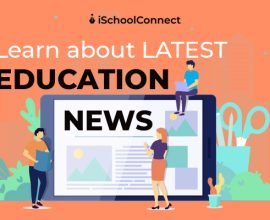 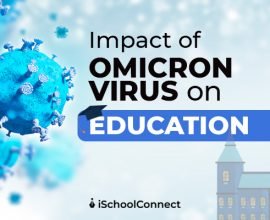 The new Omicron virus and its impact on education 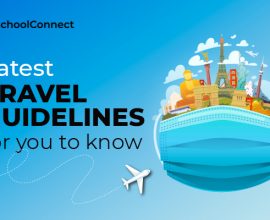 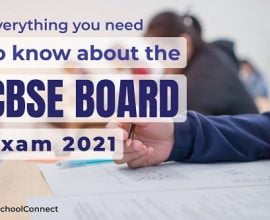 How will the CBSE board exam 2021 affect study abroad aspirants 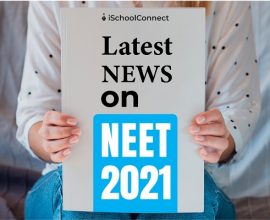