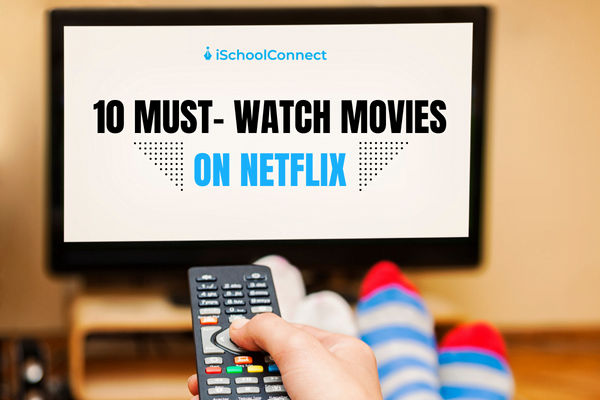 Netflix has earned quite a name for itself with path-breaking movies and series. Squid Games’ recent win at the Emmys is setting cultural waves worldwide. Read on to find out the top 10 Netflix movies.

Netflix has spent millions of dollars on original film and television productions. The result has been highly profitable for the booming entertainment superpower, with films such as Roma and The Power of the Dog nominated for Best Picture at the Academy Awards. Let’s take a look at the top 10 popular Netflix movies.

The following are Netflix’s most-watched movies, according to Netflix’s reporting of total hours viewed in the first 28 days of each title’s release.

Since its release in 2021, Netflix’s most expensive film has been a massive success with its audience, clocking more than 364 million hours of viewing time in the first 28 days. Red Notice, directed by Rawson Marshall Thurber and starring a trio of Dwayne  Johnson, Gal Gadot, and Ryan Reynolds, allows each of the starring leads to portray themselves on-screen. Watching this aesthetically pleasing trio on our screens is an absolute delight.

Adam McKay’s Best Picture nominated black-comedy satire starring Leonardo DiCaprio, Meryl Streep, and Jennifer Lawrence, among others, became a culturally significant film upon its release in late 2021. Don’t Look Up was initially designed as a climate change allegory, with the meteor depicting the impending natural disaster awaiting humanity. Though, when it was released, it came to represent the managing of the COVID-19 pandemic.

Bird Box was the most-watched movie on Netflix from 2018 until 2021, dethroned by the film that is now number one, demonstrating the horror hit’s enormous lasting power. What’s more incredible for Bird Box is that it had a lower number of Netflix subscribers in 2018 compared to today, making its tenure as Netflix’s most-watched movie even more spectacular.

The Gray Man, the newest addition to Netflix’s list of its ten most-watched original movies, stars Ryan Gosling, Chris Evans, Ana De Armas, and Rege-Jean Page. The movie is known to be Netflix’s most expensive movie to date, directed by the Russo Brothers. After viewing their work in the MCU, directing the previous two Avengers films made them a huge success and the most sought-after directors in Hollywood. The movie also stars Indian superstar Dhanush in a pivotal role.

The Adam Project, directed by Shawn Levy and starring Ryan Reynolds, is a time-traveling adventure flick strongly inspired by classic 1980s films such as Back to the Future and E.T. The movie demonstrates that Reynolds remains a significant draw for streaming viewers.

The film is also Reynolds’ third top ten hit on Netflix, with over 233 million hours watched in its first twenty-eight days. Reynolds will again collaborate with director Shawn Levy on the upcoming Deadpool 3, the first Deadpool film since Disney’s procurement of 20th Century Fox in 2019.

Extraction, set against the backdrop of international arms dealing and drug trafficking, marked Joe and Anthony Russo’s first foray into a new action franchise after completing a string of Marvel films. The film, starring Chris Hemsworth, was praised for its action set-pieces and stunt work but panned its directionless plot.

When released in 2020, Extraction was Netlfix’s most-watched movie. It also stars Indian actor Randeep Hood in an important role.

Purple Hearts is close to our hearts. The plot revolves around an aspiring musician who agrees to a marriage of convenience with a Marine about to deploy. Tragedy soon makes their fictitious relationship all too real. The movie portrays the emotions of love, sacrifice, and selflessness. The film is a masterpiece showcasing the emotional turmoil between the protagonists and the link that binds them together.

Sandra Bullock’s return to the big screen for the first time since 2018’s Bird Box marked the second collaboration between Sandra Bullock and Netflix. Based on the ITV miniseries Unforgiven, the film diligently follows the plot of that series, telling the story of a woman trying to return to society after a lengthy stint in prison and society’s unwillingness to forgive her for her previous actions.

The big-budget Martin Scorsese Oscar-nominated crime drama, starring actors like Robert De Niro, Joe Pesci, and Al Pacino, was a massive undertaking for Netflix. After stagnating in development hell for years due to its enormous budget, Netflix finally agreed to fund the project in 2017.

Netflix’s risk paid off handsomely for the burgeoning production company, with The Irishman receiving ten Academy Award nominations in 2020. The film was a huge success on Netflix, becoming one of their most popular original films.

This 2018 teen romantic comedy sequel saw heavy criticism upon its release in 2020. However, it still drew large enough audiences who wanted to know about the franchise’s movie plot and character development.

The Kissing Booth 2 was a massive hit for Netflix, clocking up nearly 210 million viewing hours in its first 28 days. It is based on the popular teen book of the same name by author Beth Reekles. While Elle and Noah’s long-distance love may not have moved critics, fans of the show have invested hundreds of millions of hours in their unpredictable love story.

Did you find this blog informative? If so, please share your thoughts in the comments below. Click here to contact us for more information on the top 10 Netflix movies. We would be happy to assist you with your queries.

Q1. Which are the all-time best series on Netflix?

Answer- Stranger Things 4 and Bridgerton: Season 1 and 2 are among the best series on Netflix.

Answer- Lucifer and Squid Game are among the best series on Netflix from 2021.

Q3. Which are the best Korean dramas on Netflix?

Answer- Business Proposal, Hometown Cha-Cha-Cha, All Of Us Are Dead, and Squid Game are among the best Korean dramas on Netflix.