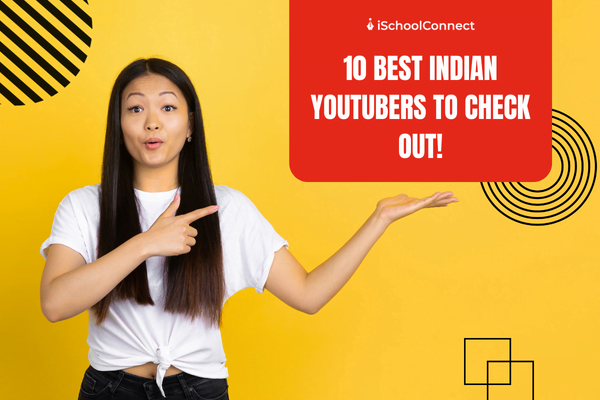 Youtube is a source of information. It can turn your passion into a profession. It encourages you to dream big and achieve goals. Keep reading to learn more about the top 10 YouTubers in India.

Content creators have been on the rise since 2020. People are indulging in various content on multiple platforms. Youtube is one of the most popular platforms for public consumption. Music videos, short clips, movie snippets, general videos, you name it, and youtube has all of them. With such neck-to-neck competition, we still have people who top it all with their amazing content. Read on to know more about the top 10 YouTubers in India.

He was born on June 12, 1999, with a high school diploma. Ajey is a college dropout from DPS, Faridabad, where he studied arts in high school. Later, he completed his 12th grade through distance education.

His first YouTube channel, ‘STeaLThFeArzZ,’ was launched in December 2010. That channel featured videos about gameplay, football tricks, tech tutorials, and other topics. However, it was futile and unsuccessful.

Later he started another channel and named it ‘CarryMinati,’ where he uploaded rant videos. It became a viral hit. He is the most sought-after Youtuber in India, with even one Bollywood movie to his credit.

Ajay started the YouTube channels Total Gaming and Total Gaming Live (renamed now Ajjubhai Gaming) in October 2018, but he could not venture into PUBG Mobile like many others.

Ajay prefers to keep his cards close to his chest and leads a quiet private life away from the glitz and glamour of YouTube fame. As a result, he never revealed his face or full name.

However, his success as a gamer continues, and he occasionally streams games other than Free Fire, a title to which he is emotionally attached. These include PC games like the GTA from Rockstar Games and the Assassin’s Creed series from Ubisoft.

Ashish Chanchlani, known to tickle your funny bones, was born on November 7, 1993, in Ulhasnagar, Maharashtra, India.

Ashish started his YouTube channel in 2009, and people showered him with love for creating original, high-quality content. All of this, along with his comedic parodies, has helped him become one of India’s most popular YouTubers.

The gaming world’s king, Ujjwal Chaurasia, also known for his YouTube channel Techno Gamerz, has amassed a massive following for his GTA gameplay web series. Each of his videos represents real-life anecdotes.

He also expanded into games such as Minecraft, Hitman 2, and Resident Evil 3, which garnered him a lot of attention and a million subscribers last year. He also dabbled in mobile gaming through his other YouTube channel, Ujjwal Gamer, which has also done well.

Success does not come from class, status, or a degree, but rather from talent and a desire to succeed.

It is true for this clan, which started this YouTube channel in 2015. Zayn was a college dropout from Zakir Hussain College, while Wasim and Nazim were 12th-grade graduates from Alam College and Modern Public School, respectively.

Initially, they made football videos but later became quite popular with comic videos.

Surprisingly, people began to like their work. It was not an easy journey because their families were initially unsupportive; however, once they gained popularity, their families were ecstatic. Their dreams came true when a YouTube Fanfest in Delhi sent an invite to them. They deserve to be among the top 10 YouTubers in India.

He has over 600 videos on his YouTube channel. In 2017, he launched another channel, Dilraj Singh, quickly gaining popularity. He has also started a new channel called Mr. Titanium, which has 1.09 million subscribers.

Interestingly, he refers to his fan base as the Titanium Army and has undoubtedly made a name for himself over the years.

Bhuvan Bam is not only a YouTube sensation but also a fantastic singer. Before starting his YouTube channel, he worked as a singer in various bars in New Delhi.

His specialty is making hilarious video content about relationships, everyday life scenarios, and comedic skits with his friends and family.

Though his ultimate goal is not just to make YouTube videos, he hopes to branch out into comedy feature films, drawing inspiration from actors such as Akshay Kumar and Aamir Khan.

Sandeep Maheshwari is an entrepreneur and well-known face in the motivational speaking industry. He founded imagebazaar.com in 2006 after becoming interested in stock photography.

Sandeep began his main YouTube channel in 2012, and his second channel, Sandeep Maheshwari Spirituality, debuted in 2015.

Isn’t Technical Guruji the first name that comes to mind when finding the most trustworthy technology/gadget reviews?

In 2015, he launched his YouTube channel as Technical Guruji, where he uploaded videos in Hindi about technology, smartphones, reviews, unboxing, and so on.

Later that year, in 2017, he launched his second channel, Gaurav Chaudhary Official, which now has over 5 million subscribers.

His videos are very encouraging and informative, and his presentation is clear enough for anyone to understand. Hence, Technical Guruji is among the top 10 YouTubers in India.

Did you find this blog informative? If so, please share your thoughts in the comments below. Click here to contact us for more information on the top 10 YouTubers in the world. We would be happy to assist you with your queries.

Q1. Who is the number one YouTuber in the world?

Answer- Pewdiepie is the best YouTuber in the world. His one-of-a-kind videos have broken several records and elevated him to the world’s 100 most influential people list.

Q2.How much does a YouTuber earn in India?

Answer- Several factors determine the amount of money you can make on YouTube. YouTube pays the video creators per click on in-video and banner ads. As a result, you could get 10,000 views and earn Rs 7,608.

Q3. Who is the fastest YouTuber to hit one million subscribers in India?

Answer- Bhuvan Bam is the fastest YouTuber to hit one million subscribers in India.