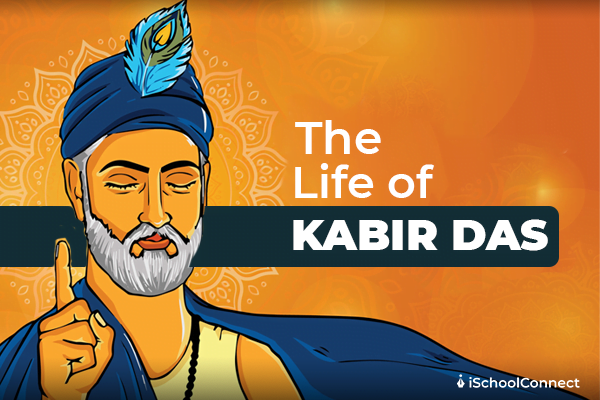 Kabir Das, a mystical poet and great Saint of India, was born in the year 1440 and died in 1518. According to Islam the meaning of ‘Kabir’ is ‘The Great’. Let’s find out some fascinating facts about the Indian mystic poet and saint!

An insight into who Kabir Das was!

Saint Kabir Das, the renowned poet, was born on Purnima in the month of Jyestha in the year 1440. As a result, every year on the Purnima of Jyesth, his followers and loved ones celebrate Saint Kabir Das Jayanti, or his birth anniversary, which falls in May and June

The early life of Kabir Das

According to some versions, Niru and his wife Nima found Kabir Das at Lahartara Lake and reared him as his parents. His parents were poor, but they eagerly accepted the young infant and raised him. He had a dual existence as a humble homeowner and a mystic.

A poor Muslim family of weavers raised and adopted him. Hence significantly less information is available about his birth. Kabir Das was a great sadhu because he was very spiritual. He is well-known around the world for his influence on customs and culture. He received all of his spiritual training from his Guru, Ramananda, while he was young and became the favorite disciple of his Guru.

The religious spirit of the era, including Hinduism, Tantrism, and personal devotion, influenced Saint Kabir, which he merged with Sufism and Islam. Kabir Das is the first Indian saint to unite Hinduism and Islam by establishing a universal path that Hindus and Muslims may follow. He believes the most that every life is influenced by two spiritual truths (Jivatma and Paramatma). His understanding of moksha was that it is the process of merging these two heavenly truths.

He’d written the poems in concise, uncomplicated language that echoed the reverence of a factual matter. Despite being uneducated, he wrote his poetry in Hindi, mixing in some other languages such as Avadhi, Braj, and Bhojpuri.

Although, all the poetry and songs attributed to Sant Kabir are available in several languages. Kabir and his disciples are known for their lyrical responses, such as ‘banis.’ In addition to the ramaini and folk song forms, Kabir’s words were mainly in two literary genres: rhymed couplets (known as doha, sakhi, or shalok) and lyric poetry (shabda, shabad, pad, or bhajan).

It was the turban of a Brahmin Sanatani as well as the authorities of the fifteenth century on the people in Varanasi. As a member of the low caste, Julaha, Kabir Das worked hard to preach his ideas and thoughts to make people know that we are all humans. He saw no distinction between individuals, whether they were prostitutes, low castes, or upper castes. By assembling his followers, he preached to everyone. Brahmins mocked him for his preaching, but he never retaliated, which is why common people appreciated him well. Through his couplets, He opened the people’s eyes and taught them the true meaning of humanity, morality, and spirituality.

He was always opposite to ceremonial and austere approaches to redemption. According to him, having a decent heart entails all of the world’s fortune. A person with mercy has power, forgiveness has real existence, and a person with virtue may easily obtain eternal life. He believed that God is in one’s heart and always with them. He had awakened the minds of ordinary people with one of his analogies: that if a passenger refuses to walk, the road cannot help.

According to the Hindu calendar in Vikram Samvat 1575, he left the world in the Maghar in January 1518 at Magh Shukla Ekadashi. There is a myth that Kabir Das, a Sufi poet from the 15th century, picked his site of death, Maghar, which is around 240 kilometers from Lucknow. It’s speculated that he picked this location to die to erase the fairy tale (myth) from people’s memories. Those days, it was believed that anyone who breathed his last breath in the Maghar region would never enter heaven and would be born as a donkey in the next life.

Kabir Das, a famous mystic poet, used his philosophical thoughts to improve people’s lives. His theory of oneness with God and Karma as true Dharma has influenced people’s attitudes toward kindness. His love and devotion to God are reminiscent of Hindu Bhakti and Muslim Sufi beliefs.

He is thought to be from a Hindu Brahmin family but was espoused by Niru and Nimma, two Muslim weavers who had no children. They discovered him resting on a massive lotus petal in the pond of Lahartara (in Kashi). There was a lot of controversy between orthodox Hindu and Muslim people during the period, and Kabir Das’s major aim was to overcome that communal issue through his dohas or couplets.

He never went to school formally, yet he was a highly intelligent and mystic individual. Also, he composed his couplets and dohas in formal languages widely used in the period, including Braj, Avadhi, and Bhojpuri. He authored a lot of dohas, couplets, and stories on societal boundaries in his writings.

Liked this blog? Then read 5 famous personalities that you should know about

Question 1: What are Kabir Das’s many literary works?

Answer: Kabir Das wrote 72 works, the most notable of which are Kabir Bijak, Kabir Bani, Rekhtas, and Anurag Sagar. As well as Suknidhan, Mangal, Kabir Granthawali, Vasant, Sabdas, Sakhis, and others are his known literary’s.

Answer: According to the legends, Kabir Das was found and adopted by a Muslim weaver. Undoubtedly, his early life was spent as a Muslim, but afterward, he was heavily inspired by Ramananda, a Hindu ascetic. So there isn’t concrete proof of his religion, but he respected and had belief in both religions.

Question 3: Did Kabir have a family life as well?

Answer: According to legend, Kabir Das married a local lady named Loi and had two children. Kamal and Kamali are the names of their son and daughter, respectively. Although, some other sources say he married twice or never married at all.