Everything you need to know about Michigan State University

Founded in 1855, Michigan State University is the nation’s first land-grant institution dedicated to pushing the boundaries of discovery and forging long-term partnerships to address the world’s most pressing challenges. MSU is one of the world’s top research universities, with nationally ranked and recognized academic undergraduate research, residential college, and service-learning programs, and a public university leader in education abroad.

MSU is a diverse and inclusive academic community that enrolls over 50,000 students from all 50 states and over 130 countries, employs over 2,000 tenure-track faculty members, and offers over 200 programs in 17 degree-granting colleges.

Michigan State University (MSU) is a public land-grant research university in East Lansing, Michigan. Established in 1855, the university was known as the State Agricultural College of Michigan, the first in the United States.

The state designated the college as a land-grant institution in 1863 following the passage of the Morrill Act in 1862, making it the country’s first land-grant college.

In 1870, the college became coeducational. The state officially designated the college as a university in 1955, and the Michigan State University got its current name in 1964. Today, Michigan State has the highest undergraduate enrollment of any Michigan college or university, with approximately 634,300 living alumni worldwide.

The university belongs to the Association of American Universities. It has the category ‘R1: Doctoral Universities-Very High Research Activity.’

The National Superconducting Cyclotron Laboratory, the W. J. Beal Botanical Garden, the Abrams Planetarium, the Wharton Center for Performing Arts, the Eli and Edythe Broad Art Museum, the Facility for Rare Isotope Beams, and the largest residence hall system in the country are all located on the university’s campus.

The Spartans achieved the NCAA National Championship in 1979 and again in 2000 and have reached the Final Four level eight times since the 1998-1999 season. The Spartans won NCAA national championships in ice hockey three times in 1966, 1986, and 2007.

The campus is located on the Red Cedar River’s banks. Founded in 1856, The campus has three buildings- a multipurpose College Hall building, a dormitory which later became known as ‘Saints’ Rest,’ and a barn.

There are 26 miles (42 km) of roads and 100 miles (160 km) of sidewalks connecting it all. MSU owns 44 non-campus properties in 28 counties, totaling 22,000 acres. Construction on a $22.5 million solar project at five campus parking lots began in early 2017. MSU’s solar carport array covers 5,000 parking spaces and is built on five of the university’s largest commuter parking lots. The solar carports are designed to provide 10.5 Megawatts of peak power and 15 million kilowatt-hours of annual energy, which is enough to power approximately 1,800 Michigan homes.

The oldest part of the campus is located on the north bank of the Red Cedar River. It has Collegiate Gothic architecture, many trees, and curving roads with very few straight lines. The college constructed its first three buildings here, that doesn’t exist anymore.

Other significant landmarks include the bronze statue of former President John A. Hannah, the W. J. Beal Botanical Garden, and ‘The Rock,’ a painted boulder popular for theatre, tailgating, and candlelight vigils.

The Kellogg Hotel and Conference Center is on the campus’s northwest corner. Founded in 1857, the university also has a museum. MSU Museum is one of the oldest museums in the Midwest, USA, and is accredited by the American Alliance of Museums.

The ‘2020 Vision’ Master Plan proposes replacing these parking lots with parking ramps and green space, but implementation will take many years.

In 2005, the university erected a new bronze statue of The Spartan as part of the master plan, located at the intersection of Chestnut and Kalamazoo, just south of the Red Cedar River.

A replica stands where the original modernist terra cotta statue was, which can still be seen inside Spartan Stadium. The Cyclotron, the College of Law, the Facility for Rare Isotope Beams (FRIB), the Interdisciplinary Science and Technology Building, and the Broad College of Business are notable academic and research buildings on the South Campus.

Michigan State University has been spreading knowledge and changing lives for over 150 years through teaching, research, and outreach. Michigan State University has become one of the largest universities in the United States. MSU’s academic excellence has resulted in developing a diverse community of students from all 50 states and more than 125 countries. Many of MSU’s 150 undergraduate majors rank on a national level, and students quickly find their place on the 5,200-acre Big Ten campus. The students discover the benefits of living in academic, residential communities and receiving personalized guidance through individualized academic advice, available to all students beginning in their freshman year.

Did you find this blog informative? If so, please share your thoughts in the comments section below. Click here to contact us for more information on Michigan State University. We would be happy to assist you with your queries.

Liked this blog? Read next: A complete guide to the Technical University of Munich

Q1. Is it hard to get into Michigan State school?

Ans- Admission to Michigan State University is competitive, with an acceptance rate of 83%.

Q2. Does Michigan State have a good Computer Science program?

Ans- Michigan State is ranked in the country’s top 10% of computer and information sciences programs. More specifically, College Factual ranked it #82 out of 841 schools. It is also the second-best in Michigan. 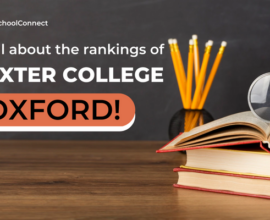 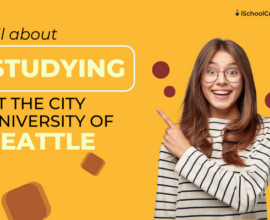 A handy guide to the City University of Seattle