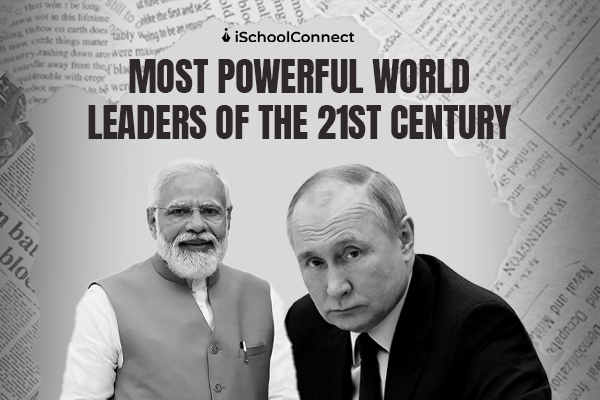 Famous world leaders who can inspire you

Inspiration is abundant with such great leaders sharing their wisdom with us from all parts of the world. Influential people of different countries are on the top of the list of the most famous world leaders. Find out who they are and what you should know about them.

The world has seen many leaders impact the global population. From Mahatma Gandhi to Nelson Mandela, amazing minds have left their mark on the human race. . They have shared their wisdom and achieved great things leading us all to a bright future. Let’s know more about these extraordinary world leaders.

Who is a famous world leader?

A world leader is someone who leads, who is successful, advanced, and an expert in a particular field. A world leader is considered to be a leader on a global level. They are known and popular for their ideas, actions, and the impact they make with their work.

The world has seen many great leaders in its lifetime. Leaders from different parts of the world have risen and guided the global population with their knowledge, vision, and mindful direction.

One such great global leader was Mohandas Karamchand Gandhi. Born in Gujarat on 2nd October 1869, He was assassinated on 30 January 1948. He led many movements in India during the freedom struggle. He had a major contribution to liberating India from the shackles of British power. Some of the most influential movements led by him were Civil Disobedience, Quit India, Non-Cooperation, and Dandi March. Mohandas Karamchand Gandhi or Mahatma Gandhi was later awarded the title of ‘Father of the Nation’.

Another famous world leader is Tenzin Gyatso. He was awarded a Nobel Peace Prize in 1989 and is the 14th Dalai Lama. He was born in a farming family in a small town in Tibet on 6th July 1935. Dalai Lama is considered the highest spiritual leader in Tibet. He has been campaigning for non-violence, democracy, and peace for more than 50 years.

The Emperor of India during the Gupta dynasty, Ashoka, is another great example of a famous world leader. He was the grandson of Chandragupta Maurya, who founded the Gupta dynasty. Ashoka the Great, ruled as the last emperor of the Mauryan empire. He was so powerful and able that he managed to conquer almost the entire Indian subcontinent during his reign. When he learned about Buddhist principles and ways of life, he was highly influenced by them. He became a prominent preacher of the Buddhist way of life.

The 14th Prime Minister of India, Narendra Damodardas Modi, has been in the PM Chair since 2014. Modi was the Chief Minister of the state of Gujarat from 2001 to 2014. Many magazines and institutions have awarded him multiple titles for his revolutionary service to the country of India. He has been declared the most popular leader in the world by surveys conducted around the world.

Also known by the initials of his name, AMLO, he is the 65th President of Mexico. Andrés Manuel López Obrador has been in the office since December 2018. He has been declared the second most famous world leader.

Serving the country as a Prime Minister since February 2021, Mario Draghi quickly came among the top three popular leaders of the world. He is an economist, an academic, a banker, and a civil servant, now serving as the Prime Minister. He has also served as the President of the European Central Bank before serving in the current role.

Since October 2021, Fumio Kishida has been serving as the Prime Minister of Japan. Kishida was the Minister of Foreign Affairs before entering the office. He was also the acting Minister of Defense in 2017. He is currently the 4th most famous leader in the world.

Olaf Scholz began serving the office of Chancellor in December 2021. He was the Vice Chancellor before this role under Angela Merkel and has also acted as the Federal Minister of Finance in the country. He is considered the 5th most popular leader in the world.

In office since November 2015, Justin Trudeau is the 23rd Prime Minister of the country. He is the second youngest person in the role after Joe Clark. Justin is considered the 6th most famous world leader.

The 30th Prime Minister of Australia, Scott Morrison, is serving in the role since August 2018. He was the director of the New Zealand Office of Tourism and Sport and managing director of Tourism Australia from 2004 to 2006. He is considered the 7th most popular leader in the world.

In office since June 2018, Pedro Sánchez became the Prime Minister of Spain and one of the most popular leaders in the world. 8th most famous according to surveys.

Moon Jae-in has been in office since 2017 and is the 12th President of South Korea. He was a civil servant and a lawyer earlier. Currently, Moon Jae is considered the 9th most popular leader in the world.

A retired military officer, Jair Bolsonoro, entered office in 2019 as the 38th President of Brazil. He has been ranked the 10th most famous world leader.

Ans- Leaders are known to be popular when the general global consensus indicates so. Surveys can only take into consideration the view of people and act unbiased.

Ans- In today’s generation, it is quite easy to find world leaders on social media platforms. You may follow them, keep up with the news, or research someone in particular.

Ans- Leadership skills can be developed with thoughtful direction and consistent practice. Understand the needs of your field of work and note down what you must work on. You may need a coach or a mentor to help you.