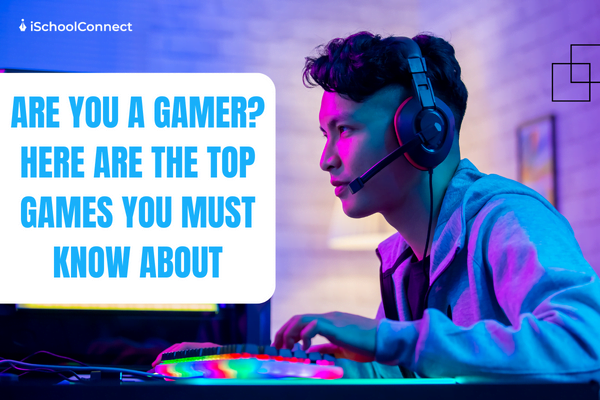 Top 10 online games in the world

Millions of people play games worldwide, from adults to children to teenagers. This list includes games with various themes and contexts. Read on to learn about the top 10 online games in the world.

Playing games, particularly online games, is undoubtedly the most popular activity that has grown unexpectedly in recent years. The concept of playing video games is usually associated with a specific audience. However, with the most recent technological advancements and developments, all of this is taking a rather innovative approach. Let’s find out the top 10 online games in the world.

Top 10 online games in the world

Below is a list of the top 10 online games in the world. Take a look-

PUBG is the most popular online game in 2022, with a huge fan following. PUBG has swept the internet and now has more than 100 million players. PUBG is inspired by armor and H1Z1. The game can accommodate up to 99 players at the same time.

The graphics and realistic situation in which they assign a map and a mission with more enemies hiding in the bushes make this game very popular. One can win the game if the players survive the situation and kill all of the hidden enemies.

With each new game, this game has grown in popularity. The game has several modes in which users must survive and build their campus while having complete control over animal buildings, people, and food.

It’s a 3D sandbox game with few restrictions that let users do whatever they want. It has several modes, including survival mode, adventure mode, creative mode, and spectator mode.

The most popular online game is Apex Legends. The game has caused quite a stir since its release. The game is for those who enjoy battlefield games but do not enjoy PUBG or Fortnite. Three players from each squad are left on the island to scavenge for extra materials and weapons against the opposing teams.

The squad with the most members will win. From now on, one should use these map games and ping communication methods. Apex Legends is said to be one of the best superhero video games of 2022.

Fortnite Battle Royale has been on players’ radars since 2017, but it exploded in popularity in 2018. And with that, it’s still leading in terms of numbers and dramatic effects, but popularity isn’t as important because they’ve only been targeting boys, whereas PUBG has targeted all genders.

The game has more features, equipment, and game stages with a much larger number of players, but the popularity factored in. Hence, it finds its place in the top 10 online games in the world.

The plot revolves around terrorists and counter-terrorist attacks. Where players must defuse and plant bombs, complete missions, secure locations, kill terrorists and protect the hostages depicted on the map. It’s a shooter game with multiple players.

Killing enemies and completing objectives earn you more money and prizes. The game has attracted communities and strategies over time.

HearthStone was a small project of Blizzard Entertainment for experimentation purposes, but it became popular recently with many people playing the game. The game is about collecting card decks from various houses and powers. Each card reduces the opponent’s health and life to win the game.

This free-to-play game was initially titled Heroes of Warcraft because it features many characters from the original World of Warcraft series. Based on the Unity engine, this game won the British Academy Games Award for multiplayer.

Another classic title that millions of users still enjoy worldwide. The reason for this game’s popularity is simple; it has everything you’re looking for in a MOBA. You can choose a standard 5v5 mode or join/create your own.

If you’re looking for a genuinely engaging internet game, you should try the iconic Call of Duty mobile version. TiMi Studios collaborated with Activision to create this free-to-play first-person shooter game. And it has generated a lot of buzz in the gaming industry since its initial release.

It is now effortless to obtain the best online games for free. All you need to do is download the amazing game Among Us. The game, released in 2018, received positive feedback from the gaming community. Innersloth, one of the best American game developers, created this multiplayer game. It won The Game Award for Best Multiplayer Game in its first year.

The game, released in March 2020, caused quite a stir among the global online gaming community. Raven Software collaborated with Infinity Ward to create this legendary title. Then Activision released this game. The game currently has approximately 6 million active players. You can play it on all the best gaming consoles, including the all-new PS5.

Did you find this blog informative? If so, please share your thoughts in the comments below. Click here to contact us for more information on the top 10 online games in the world. We would be happy to assist you with your queries.

Liked this blog? Read next: Game designers | Everything you need to know about them!

Q1. Which is the best mobile game?

Answer- PUBG Mobile is said to be the best mobile game.

Q2. Which is the number one android game in the world?

Answer- Roblox is the number one android game in the world.

Q3. What is the most downloaded game of all time?

Answer- Minecraft is the most downloaded game of all time.