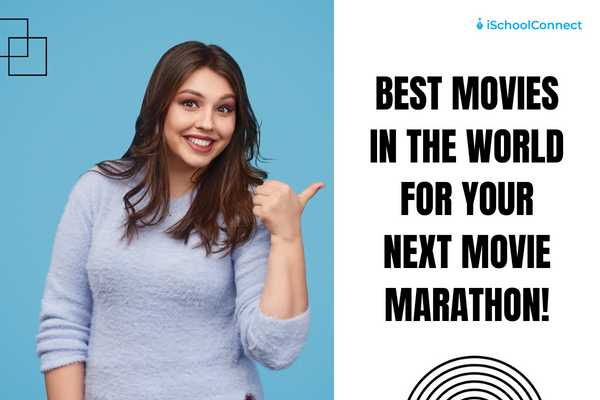 Movies are the most effective means of escaping reality. They can help you cope with stress and anxiety. It’s entertaining and erudite at times. Read on to know the top 10 movies in the world.

What is the selling point of a movie? How does it manage to engross its viewer and make them want to come to the theaters? The plot and genre entice the audience and makes the film a smashing hit. The craze and love from the fans are additional factors to the enormous successes of the cinema. The box office numbers matter a lot when deciding the top 10 movies in the world. Let’s have a look at the highest-grossing films of all time.

Here are the highest-grossing films of all time

Is there anyone who doesn’t know about the supremacy of this movie? A masterpiece of all time. The sci-fi fantasy, directed and written by Academy Award winner James Cameron, is the highest-grossing film of all time. The plot revolves around Jake Sully (Sam Worthington), a paraplegic ex-Marine stationed on Pandora, an alien planet teeming with exotic and evolved Na’vi beings.

He falls in love with one of the Na’vi women, Neytiri, while serving as an ‘avatar,’ a human mind in an alien body. Jake is in a dilemma between following orders from his superiors and protecting Pandora and its indigenous people.

Avatar also features superior performances by Sigourney Weaver and Stephen Lang. According to ABC News, Cameron, who also co-produced the film with Jon Landau, wrote the first draught of the screenplay in 1994.

In the previous film, Avengers: Infinity War, the evil demigod Titan Thanos (Josh Brolin) abuses his powers to destroy the earth and the universe. The consequences of Thanos’ havoc continue in Avengers: Endgame, where even the Avengers band together to undo Thanos’ damage.

Read more: The 9 stock market movies you must watch

The epic space opera film depicts how a group of unlikely heroes band together to stop a potential threat from Kylo Ren, Darth Vader’s grandson.

Rey (Daisy Ridley), a desert scavenger, and Finn (John Boyega), a scoundrel stormtrooper, band together to restore peace. To do so, they must track down the legends Jedi Master, Luke Skywalker (Mark Hamill), with the help of a droid that knows where he is.

On the other hand, Thanos has made up his mind to collect all six Infinity Stones to achieve his twisted goal. The Avengers must prevent Thanos from executing his evil plan to save the planet.

With his identity as Spider-Man revealed, Peter Parker (Tom Holland) approaches Doctor Strange for assistance in restoring his secret with an arcane ritual. The multiverse rips open when a spell backfires due to Peter’s repeated intrusion.

This thrilling sci-fi action film is set in Jurassic World, a dinosaur theme park that houses many genetically modified hybrid dinosaurs, including the fierce yet intelligent Indominus Rex.

The dinosaur escapes its confinement one day, causing the other creatures to break free and join the killing rampage. The race follows between dinosaur trainer Owen Grady (Chris Pratt) and park operations manager Claire Dearing (Bryce Dallas Howard) to save the tourists from a full-fledged pre-historic attack. The cast includes supreme actors like Irrfan Khan, who plays Simon Masrani, and Vincent D’Onofrio, who plays Vic Hoskins.

The Lion King (2019), a remake of the original 1994 film of the same name, received mixed reviews from viewers, particularly those who had seen the previously animated film.

The story follows Simba, a young African Savanna lion prince born to rule. However, a plot to take over the kingdom devised by his uncle Scar (voiced by Chiwetel Ejiofor) forces Simba to flee.

In a chance encounter with a grown-up Nala, Simba meets new friends Pumbaa and Timon and learns about the desolation of his formerly thriving kingdom. He then decides to reclaim what is rightfully his.

For the first time, Iron Man, the Hulk, Captain America, Thor, Hawkeye, and Black Widow team up as the Avengers to stop the infamous Loki (Tom Hiddleston) and his alien army from intruding on Earth.

The Avengers, directed by Joss Whedon, had a phenomenal box office run. It managed to earn a record USD 200.3 million in its first weekend, establishing the supremacy that Marvel Cinematic Universe films have come to be known for.

Faced with threats from Abu Dhabi and Los Angeles, the gang comes together to safeguard their families. A government agent assists them in exchange for rescuing an abducted hacker who has developed a powerful surveillance program.

Furious 7  stars Dwayne ‘The Rock’ Johnson, Michelle Rodriguez, Tyrese Gibson, and Ludacris, among others. Fans saw Paul Walker on the big screen for the last time.

Did you find this blog informative? If so, please share your thoughts in the comments below. Click here to contact us for more information on the top 10 movies in the world. We would be happy to assist you with your queries.

Answer- Doctor Strange in the Multiverse of Madness currently has the highest weekend debut of 2022.

Q2. Which is the best horror movie in the world?

Answer- The Exorcist (1973) is one of the best horror movies in the world.

Q3. Which is the best-animated movie in the world?

Answer- Frozen II (2019) is one of the best-animated movies in the world.