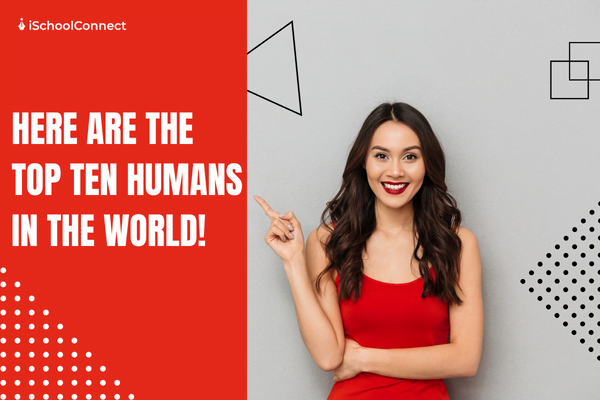 There have been a lot of brilliant people throughout history. This blog includes the top 10 best humans in the world, and they are without a doubt the best people to have ever lived. Find out who are they and how they achieved greatness.

There have been many outstanding people throughout history who have improved the lives of others and brought significant changes in society. Based on Michael H. Hart’s book, ‘The 100: A Ranking of the Most Influential Persons in History, here is a list of the top ten best humans in the world. Find out who the greatest people on the planet are.

In the Arab countries, Muhammad ibn Abdullah was a prominent figure in politics, religion, and society. He established the Muslim religion. He confirmed the monotheistic teachings of Adam, Abraham, Moses, and other prophets as a prophet, according to Islam. In all of Islam’s major sects, Muhammad is revered as God’s final prophet. However, several contemporary denominations,  reject this stance.

He is frequently recognized as the greatest person to ever exist. Muhammad is said to have been born in Mecca(now in Saudi Arabia) in 570 AD and to have migrated with his followers in 622 AD before passing away in Medina in 632 AD. Since his father passed away before he was born so he was raised by his grandfather and uncle. He was from a poor but respectable Quraysh family.

Isaac Newton was an alchemist, mathematician, astronomer, physicist, natural philosopher, and theologian. Galileo Galilei passed away in Arcetri, close to Florence in 1642. Later, Newton continued working on his idea for a mathematical science of motion.

The Scientific Revolution was well underway when Newton arrived in Cambridge in 1661, and many of the founding texts of modern science had already been written. These texts inspired Newton to research more on the scientific front.

Jesus served as both a spiritual guide and a god to Christians. He was revered as the Son of God. Jesus was the central figure in Christianity and the manifestation of God. He is admired by many Christians, and Christianity is the most widely practiced religion in the world.

The biography of Jesus, “The Jesus Chronicles,” has been translated into more languages than any other book in human history. The most well-known stories are those about Jesus (e.g., Nativity). 33 percent of people on earth follow the Christian faith. Many agnostics and atheists are familiar with Jesus. Western civilization is sometimes referred to as ‘Christian civilization’ due to widespread Christianity.

The word Buddha is also known as the Light of Asia. Siddartha Gautama was the real name of the spiritual leader and philosopher known as Buddha in ancient India.

The name ‘buddha’ was used by various religious groups in ancient India and had many different meanings. However, it grew to be most strongly associated with the Buddhist culture. It eventually came to signify a wise being who had emerged from ignorance and found freedom from pain. His followers, the Buddhists, spread the belief that is now known as Buddhism.

There have been Buddhas in the past and there will be Buddhas in the future, according to several Buddhist traditions. Some Buddhist schools hold that there is only one Buddha for each historical era, while others hold that because all beings have buddha nature, they will all one day become buddhas (tathagatagarbha).

Confucius was a social philosopher and thinker. Confucianism was created by him.

His ideologies and teachings altered how people in China, Korea, Japan, Vietnam, and Indonesia thought and lived.

At various stages in Chinese history, Confucius (about 551-479 BCE) has been portrayed as a teacher, advisor, editor, philosopher, reformer, and prophet.

Due to his connections with many of East Asia’s fundamental values and cultural norms and his portrayal as an early example of ‘Eastern’ thought in Early Modern Europe, Confucius is arguably the most significant thinker in East Asian history.

Paul of Tarsus was an early Christian missionary and apostle who is credited with spreading Christianity outside of Palestine, especially among the Romans. He wrote numerous letters that are found in the New Testament of the Bible.

Paul is the subject of 13 of the 27 books in the New Testament, and over half of the Acts of the Apostles are devoted to his life and work. As a result, about half of the New Testament is the work of Paul and others whom he influenced. However, only seven of the thirteen letters could be declared wholly authentic (dictated by Paul himself).

Paper is credited as having been created by CàiLún. He is recognized for inventing the papermaking process. He was a Chinese government officer and his invention is considered one of the best.

CàiLún joined the royal palace staff as a eunuch in the year 75 CE and worked his way up until the year 89 when he was appointed head eunuch by Emperor Hedi of the Dong (Eastern) Han dynasty (reigned 88-105/106) of China.

Around the year 105, Cai discovered how to make sheets of paper out of macerated tree bark, hemp scraps, used rags, and fishnets. The resulting paper was much less expensive to produce, had more plentiful sources, and had writing qualities that were superior to pure silk cloth (the main writing surface at the time)

Johannes Gutenberg was a German printer. He invented the first mechanical printing press in Europe. A millennium milestone, Gutenberg’s work launched the European printing revolution and marked the beginning of the modern era in human history.

Since Gutenberg’s printing press made books widely available and started an ‘information revolution,’ it was a turning point in history. He created an oil-based ink that could be produced thick enough to stick well to metal type and transfer well to vellum or paper and a novel press was ready to use.

Christopher Columbus was an expert navigator and sailor. He was a navigator and colonizer from Italy. His explorations improved European knowledge of the American continents.

The conventional wisdom holds that Columbus’ ‘discovery’ of America was a huge success. Completing the four voyages, delivered enormous material prosperity to Spain and other European nations. He enabled the European colonization of America and played a heroic role in this journey.

Scientist Albert Einstein is well known all across the world. Born in Germany, he was a theoretical physicist. The mass-energy equivalence equation E = mc2, in particular, was influenced by his general theory of relativity. He was among the most accomplished physicists ever.

Even those who are unfamiliar with Einstein and the underlying physics of E = mc2, the equation developed by the physicist to assist in explaining special relativity, also know the equation and its application.

Einstein is also revered for the photoelectric effect and his general theory of relativity, which explains gravity and subsequently how electrons behave under particular conditions). In 1921, he was awarded the Physics Nobel Prize.

Did you find this blog informative? If so, please share your thoughts in the comments section below. Click here to contact us for more information on the top ten best humans in the world. We would be happy to assist you with your queries.

Liked this blog? Read next: Human anatomy its definition, characteristics, and organs

Q1. Who changed the world by using non-violence?

Ans- Martin Luther King, Jr. (1929–1968) was a key figure in the development of the successful, nonviolent civil rights movement.

His words and organizational style established the foundation for social change.

This resulted in the late 1960s civil rights legislation, which helped gradually weaken racism and segregation in the US.

Q2. Who is the most famous person in ancient history?

Q3. Who was the first king of the world?

Ans- According to legend, more than 4,000 years ago, in Mesopotamia, King Sargon of Akkad founded the first empire in the world.