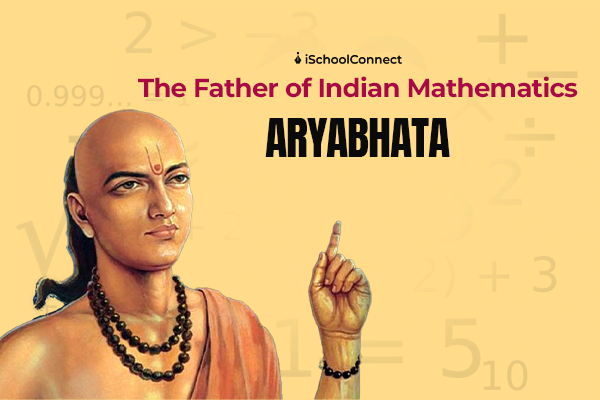 Aryabhata is known for his outstanding contributions to mathematics and astronomy. To completely understand who Aryabhata is, go beyond Aryabhata the Scientist and read about his inventions and philosophies.

Aryabhata is ‌one of the most eminent Indian mathematicians, if not the first. Born around 475 CE in Kusumapura, Pataliputra, under the administration of the Gupta Dynasty, he was well-known for his remarkable expertise in the science of astronomy. He has authored several treatises in both mathematics and astronomy.

He was also the author of several mathematical publications, many of which are still as sacred and revered. Many of his writings are lost, but some are still accessible to current researchers and have a high repute. His innovations, discoveries, and achievements have given our country great pride. It has also encouraged many aspiring scientists to follow in his footsteps and create breakthroughs.

Aryabhata’s birthplace and year are yet under speculation based on his works and influences. It was said in one of his immensely well-known books, ‘Aryabhatiya’, that he was 23 years old, 3600 years into Kaliyug, which dates back to 499 CE, putting his birth year at 476 CE. To be clear, the text ‘Aryabhatiya’ was released 3600 years into the Kaliyug, although his efforts on the text were discovered much later.

Abu Rayhan al-Biruni, a great Islamic mathematician who examined Aryabhata’s writings, claimed that Aryabhata should be referred to as Aryabhata 1 or Aryabhata the Elder. This remark claimed that two scientists called Aryabhata existed within the same period. This caused confusion and turmoil. it. The discrepancy was resolved decades later, in 1926, by B Datta, who said that the works Al-Biruni mistook for those of two scientists belonged to just one, Aryabhata.

Pataliputra, the capital of Kusumapura in the Gupta Empire, was a prominent learning institution and the heart of a communication network. Hence, works from all over the world readily transport to the location, allowing Aryabhata to make significant mathematical and astronomical advances. He was to be the principal of his Kusumapura school, Kulpa. Later, to continue his passion for astronomy, he proceeded to study at Nalanda University in Pataliputra, and rumors about him becoming the head of his university persisted.

Aryabhata’s legacy is genuinely unparalleled, and no one has ever been able to recreate his key achievements at a world-class level that are still relevant today. His forward-thinking approach was outstanding.

Read more: The Father of Mathematics | 6 things you need to know about him

‘Aryabhatiya’ and ‘Arya-Siddhanta’ are two of his important works that he did not loose. In each of his publications, he investigated mathematics, astronomy, and correlation. He also discussed how mathematical equations can help you learn about the workings of the planet through astronomy.

Aryabhatiya or Arya-status-ash, which translates directly as ‘Aryabhata’s 108’ since the text has 108 verses. The writings are in the form of a sutra, which is a collection of aphorisms, short statements or scientific principles.

These poems are his works in the form of 13 introduction verses that are a means of recalling difficult computations in a simple manner. The division is into four chapters or ‘Padas’, the first of which is ‘Gitikapada’, which has 13 verses. It is about cosmology. In a ‘maha yuga’, the planetary revolutions are said to last up to 4.32 million years.

The ‘Ganitapada’ is the second ‘Pada’ or chapter. ‘Ganita’ signifies computations in Sanskrit. It comprises 33 poems, all of which are about mathematics. mensuration, simple, quadratic, and indeterminate equations, as well as arithmetic and geometric equations

The third ‘Pada’ is the ‘Kalakriya Pada’, which consists of 25 verses that tally the days, weeks, and months using different units of time. And the fourth chapter, ‘Golapada’, has 50 verses. Aryabhata goes into the causes of days and nights, the rise of zodiac signs, eclipses, the celestial equator, nodes, and the structure of the globe in this chapter.

Indian Mathematical Literature was extensively described in ‘Aryabhatiya’. The Vedic method of solving mathematical problems was investigated, and unsurprisingly, it has lasted to the present day. Algebra, arithmetic, plane trigonometry, and spherical trigonometry were all covered in detail. He adhered to the ‘Sanskrutik’ tradition or method of computation that was prominent throughout the Vedic period.

Aryabhata was awarded the moniker ‘Father Of Algebra’ because of his remarkable comprehension and explanation of planetary systems employing it. Aryabhata successfully calculated pi’s value to two decimal places, 3.14. He also employed null coefficients and was well aware of the use of zero in such a situation. In contrast to Brahmi numbers, he employed the Sanskritic tradition, which was primarily denoted by letters and alphabets.

Aryabhata was accurate in claiming that the world revolves on its axis around the sun every day and that the movement of stars appeared to be caused by the relative motion induced by the planet’s rotation. This was in contrast to the widely held assumption at the time that the sky rotated. Heliocentrism was defined as the axial rotation of planets around the sun using quantitative data.

His astronomical findings are broadly classified into four categories. These include a description of the solar system’s motion, eclipses, sidereal periods, and heliocentrism.

The motion of the solar system

Aryabhata proposed that the world revolves on its axis once a day. And the relative movement of the stars is caused by the earth’s motion. He specifies the number of earth rotations in a yuga in the opening chapter of his work, Aryabhatiyam.

To explain this occurrence, he developed a geometrical model of the solar system in which the moon and sun were carried by epicycles, which are circles that move on top of one another. The motion of the planets was guided by two epicycles in this paradigm. The little one moved slowly, but the larger one moved swiftly.

In terms of distance from Earth, the planets were arranged as follows: the Moon, Mercury, Venus, the Sun, Mars, Jupiter, Saturn, and the asterisms (group of stars). The planets’ periods and locations were estimated using the relative velocity of the points.

With scientific experiments, Aryabhata explained lunar and solar eclipses. He said that the planets and moonshine were created by reflected sunlight. He described eclipses as shadows falling on the Earth.

A lunar eclipse occurs when Earth blocks sunlight from reaching the moon, casting a shadow on its surface. Later, he explained the breadth and size of the Earth’s shadow before calculating the size of the eclipsed portion during an eclipse. The experiments of Aryabhata created the groundwork for Indian astronomers to refine the computations.

Using current time units, Aryabhata computed the sidereal rotation (the rotation of the Earth in relation to the stars) to be 23 hours, 56 minutes and 4.1 seconds. The present time is written as 23:56:4.091.

Aryabhata proposed an astronomical concept in which the Earth spins on its axis. His model also provided adjustments for estimations of the mean speeds of the planets in relation to the Sun. His calculations were based on the heliocentric concept, which states that the planets and Earth rotate around the Sun, which is at the center of the universe.

Aryabhata described the geocentric model of the solar system, which scientifically explained solar and lunar eclipses. He also calculated the year to be 365 days 6 hours, 12 minutes, and 30 seconds, which is just 3 minutes 20 seconds longer than today’s figures.

At the age of 74, Aryabhata died a successful mathematician, astronomer, and scientist. The exact location and time of death are yet unclear. He was thought to have lived the majority of his life at Kusumapura, Pataliputra.

Aryabhata’s work had a significant impact on Indian astrological traditions and other civilizations. His studies, investigations, and calculations were translated into several languages to assist other astronomers. The Arabian translation was especially prominent during the Islamic Golden Age. Some of his findings were referenced by prominent Arabian mathematicians like Al-Biruni and Al-Khawarizmi, who thought the Earth rotated on its axis.

Trigonometry was born from Aryabhata’s concepts of cosine, sine, inverse sine, and verse sine He was one of the first mathematicians to calculate sine and versine (1-cosx) tables from 0 to 90 degrees in the 3.75-degree range to four decimal places.

The contemporary names for the trigonometric functions sine and cosine are derived ‘from his introduction of the Sanskrit terms ‘Jya’and ‘Kojya.’ His astronomical calculating skills were also well-liked by other astronomers. They were commonly used to create Arabic astrological tables known as ‘zijes.’

In addition, his calendrical calculations were used to create the Hindu calendar ‘Panchgram’ in India. This calendar served as the foundation for the Islamic calendar ‘Jalali’ which was presented in 1073 CE by a group of Islamic scientists. Afghanistan and Iran continue to use modified versions of this calendar.

The Bihar government founded Aryabhata Knowledge University to foster astronomical knowledge among interested students to recognize Aryabhata for his contributions.

We hope this blog post was interesting and informative. If you have any doubts, you can reach us here.

Q1. Was Aryabhata the inventor of the number zero?

Answer– Aryabhata’s writings were closely observed by a French mathematician, Georges Ifrah, who maintained that Aryabhata implicitly utilized zero in lieu of null coefficients, but because he followed Sanskrit tradition, which only comprised letters and alphabets, he specified alphabets and a dot in place of zero. So he was well aware of a number like zero, which may exist as a unit, in the tens place, and is most commonly employed in the decimal place.

Q2. What exactly is Arya-Siddhanta?

Answer– Arya-Siddhanta is Aryabhata’s lost work on astronomical calculations. It is known via the writings of his contemporaries Varahmihira and later commentators and mathematicians, such as Bhaskara 1 and Brahmagupta. This theory appears to be based on Shaurya Siddhanta and employs midday-night calculations as opposed to dawn calculations in Aryabhatiya. This thesis also discusses astronomical tools such as the gnomon, angle measuring devices, shadow instruments, semicircular and circular sticks, and cylindrical sticks.

Q3. What was Aryabhata’s contribution to trigonometry?

Answer– Aryabhata created the book Aryabhatiya. Ganitapada is a portion in this book where he provides the area of the triangle for trigonometric calculations. He asserted that the area of a triangle is equal to the product of half of its side and its perpendicular. He also addressed trigonometric functions like sine and cosine in this book. 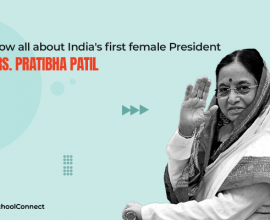