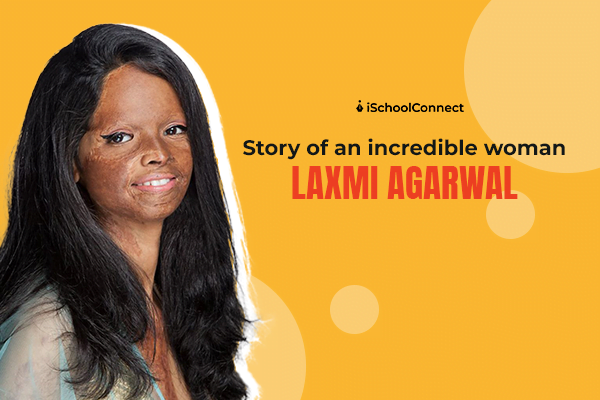 Laxmi Agarwal is not just a survivor of an acid assault; rather, she epitomizes tenacity, resilience, and strength. She has demonstrated amazing bravery and fortitude in facing off the swarm of trolls. Her story is an inspiration to everyone since it is difficult to fight for one’s rights, but Laxmi has done so effectively.

Women are often urged to keep silent in a male-dominated environment. Laxmi has demonstrated that women have the dignity and value to set their own standards, as it is critical to empower women internationally. Her soul will never be affected by the experience. She battled for her identity and, in the end, demonstrated that “acid attack survivors are the true heroes, not the accused.”

Today, she has defied several beauty brand cliches and is the face of numerous fashion and beauty brands.

Laxmi Agarwal was born on June 1, 1990, in New Delhi. She was assaulted with acid when she was 15 years old and in 7th grade. This heinous crime was committed by Naeem Khan (32), also known as Guddu. When Laxmi Agarwal denied his proposal, he attacked her.

Guddu walked up to Laxmi at a market in New Delhi one day with his brother’s girlfriend, Rakhi, and assaulted her with acid. She was struck so severely that her skin melted and she began to fall on the asphalt. No one came to her aid as there was a lot of smoke coming from her body owing to the acidic reaction.

However, she was ultimately brought to the hospital when someone phoned an ambulance. The doctors instantly poured buckets of water on her but to no avail, her body was completely burned.

Laxmi was terrified and did not look in the mirror for several days. She even considered ending her life in depression, but her parents’ unwavering love kept her going.

In seven years, she had seven operations. Though it was not adequate because her bodily health was harmed, her emotional and mental health were also harmed. For Laxmi, she had to deal with a lot of social stigmas. A lot of people despised her and held her responsible for the attack.

The Battle for Justice

Like many other girls in the country, Laxmi did not give up. Rather, she stood up for her rights anew and was determined to live her life. She began her studies for a diploma. Despite the criticism, Laxmi completed her open schooling diploma with the help of teachers and family.

By fighting for her rights and dignity, Laxmi has demonstrated that ‘the survivors are bigger than the attackers.’ She filed a lawsuit against Naeem Khan. He received a ten-year jail sentence, while Rakhi received a seven-year sentence.

But Laxmi and her well-wishers knew that was not enough, and she filed a PIL in the Supreme Court seeking new laws and amendments that dealt with acid attack crimes. She also claimed that there should be a ban on the sale of acid.

In July 2013, the Supreme Court issued a decision on Laxmi’s PIL and ordered restrictions on the sale of acids; compensation for victims; rehabilitation for survivors; government compensation; reservation in educational institutions; and better access to jobs.

Laxmi Agarwal’s fight has been continuous, and she has backed the ‘Stop Acid’ sale initiative. This effort was launched to raise awareness about how acid may harm the lives of young females. The movement was launched to put an end to the bloodshed. Women’s empowerment seminars can also serve to encourage females to exercise their rights. As a result, this movement started to address the problem front-on.

Read more: Sudha Murthy | Learn about the woman who inspires many!

Laxmi completed her 10th class at Sarvodaya Kanya Vidyalaya School. Well, she could not complete her further studies due to this awful action.

She was dating social activist Alok Dixit. However, she has been separated from him since 2015. While they were together, Laxmi chose a live-in relationship over marriage. Their families have accepted the relationship and also their decision not to have ceremonial wedlock.

Laxmi hosted a television show called Udaan in 2014 and is the mother of a daughter. She constantly posts pictures of her daughter on social media.

Laxmi rose to prominence through her tireless work and tremendous difficulty. She is now a well-known name in the field of women’s empowerment all over the world. The accolades she received attest to her triumph. Some of her notable accomplishments include the following.

Laxmi received the “International Courage of Women Award” in 2014, which was presented by Michelle Obama.

During the lockdown, Laxmi took the initiative to use social media to empower women who are victims of domestic abuse or in need of assistance. Because many women stayed at home during the pandemic, the number of incidences of domestic violence soared. Hence, Laxmi organized live sessions on social media to promote and develop women’s empowerment by raising awareness. Laxmi is also a member of the PARI (People Against Rape in India) organization, which helps women who are dealing with domestic violence.

We hope this blog post was inspiring and informative. If you have any doubts, you can reach us here.

Liked this blog? Read next: 5 famous personalities that you should know about

Q1. What can we learn from Laxmi Agarwal?

Answer – The amazing story of such a strong and courageous woman tells us never to give up hope in the face of adversity. Laxmi’s admirable actions have sparked a fire in people to speak out against horrible hate crimes against women in our society.

Q2. What is the current profession of Laxmi Agarwal?

Answer – Laxmi is an activist and television presenter.

Q3. Who all attacked Laxmi Agarwal?

Answer – Kamran, Naeem’s older brother, and his girlfriend, Rakhi, attacked Laxmi with acid. While riding his motorcycle, Kamran yelled Laxmi’s name from behind. Rakhi flung acid right at Laxmi’s face from the backseat as she looked behind in answer to her name.