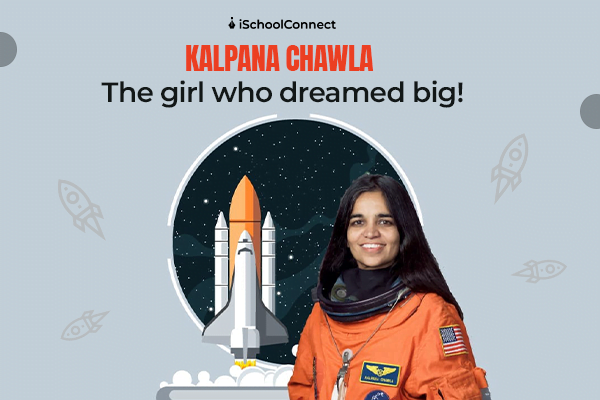 Kalpana was a trailblazer. Her breakthrough work with NASA’s research and development team, as the first Indian woman in space, helped to steer space exploration over the decades. Continue reading to know more about the amazing journey of Kalpana Chawla.

Kalpana Chawla is well-known for her role in one of space travel’s disasters, the Columbia incident in 2003. Chawla and her crew were killed upon entry because the inside wing structure was damaged, causing the shuttle to disintegrate. But her narrative was more complicated.

Kalpana was born on March 17, 1962, in Karnal, India, and grew up with a curiosity about flying and airplanes. In Karnal, she joined local flying clubs and watched planes with her father. This interest in flying led her to earn a degree in aeronautical engineering from Punjab Engineering College in India in 1982. She pursued this throughout her career.

Her passion for space exploration blossomed after she completed her multiple degrees.

Chawla began her NASA career in 1988 as a powered-lift computational fluid dynamics researcher at NASA’s Ames Research Center. Computational fluid dynamics helps to forecast aircraft parameters like drag and lift and how they will impact system performance. When it comes to launching spacecraft, this study is vital to properly understand how the spacecraft will respond to its surroundings. Chawla’s research concentrated on simulating air flows around airplanes, which was extremely difficult in 1988 without the modeling software we have today.

Chawla also worked on simulations for Short Take-Off and Vertical Landing (STOVL) for airplanes at NASA’s Ames Research Center to assess how these movements might damage an aircraft’s wing in different circumstances. This research is for being an employee of the SpaceX Falcon 9 rocket during vertical landings, although Chawla was part of the NASA team that used it for space exploration.

Chawla obtained US citizenship while doing research, allowing her to qualify for NASA’s astronaut corps in 1991. Her selection was for the corps in 1994 and later reported to the Johnson Space Center in 1995 to begin training. Chawla’s first mission was STS-87, aboard the Space Shuttle Columbia a year later, in November 1996.

Chawla became the first woman of Indian descent to fly to space after launching on STS-87 Columbia and spending 15 days and 16 hours aboard the shuttle. During the mission, Chawla conducted experiments to understand the effects of weightlessness and used satellites to monitor the Sun’s outer atmosphere.

Read more: How to become an astronaut | Everything you need to know

Chawla’s selection for her second journey was as part of the STS-107 crew in 2001. Due to schedule conflicts and technical issues, including the July 2002 finding of fractures in the shuttle engine flow liners, this mission experienced frequent delays. Chawla returned to space on the ill-fated STS-107 mission on January 16, 2003. Nearly 80 experiments were through to investigate Earth and space science, advanced technology development, and astronaut health and safety.

During the launch of STS-107, Columbia’s 28th flight, a piece of foam insulation detached from the Space Shuttle’s external tank and collided with the orbiter’s left wing. Previous shuttle missions had suffered modest foam shedding damage, but some engineers felt that the damage to Columbia was more severe. NASA management imposed a limit to the investigation, claiming that if the problem had been confirmed, still the crew could not have fixed it.

When Columbia re-entered Earth’s atmosphere, the damage allowed heated atmospheric gasses to infiltrate and destroy the interior wing structure, causing the spacecraft to become unstable and disintegrate. Similar to the aftermath of the Challenger accident, Space Shuttle flying operations had to pause for more than two years following the disaster. The International Space Station (ISS) was at halt; the station relied only on the Russian Roscosmos State Corporation for supplies for 29 months until Shuttle missions restarted with STS-114 and 41 months for crew rotation.

Chawla and the other six crew members died in the Space Shuttle Columbia accident on 1 February 2003. The event took place when Columbia was destroyed over Texas during re-entry into the Earth’s atmosphere. All of this was just before the end of its 28th mission, STS-107. Her remains and those of the other crew members were identified. Her cremation strew at Zion National Park in Utah, as she had requested.

We hope this blog post was informative and helpful for you. If you have any doubts, you can reach us here.

Liked this blog? Read next: Sundar Pichai: From a college dropout to a billionaire

Q1. How many days did Kalpana Chawla stay in space?

Q2. How many NASA awards did Kalpana Chawla win?

Q3. Why is Kalpana Chawla an American Indian?

Answer – Kalpana Chawla was born in Karnal, Haryana. She was dubbed an Indian-American since she moved to the United States and became a naturalized citizen. She obtained American citizenship after marrying an American flying instructor, Jean-Pierre Harrison. As a result, we refer to her as an Indian-American.