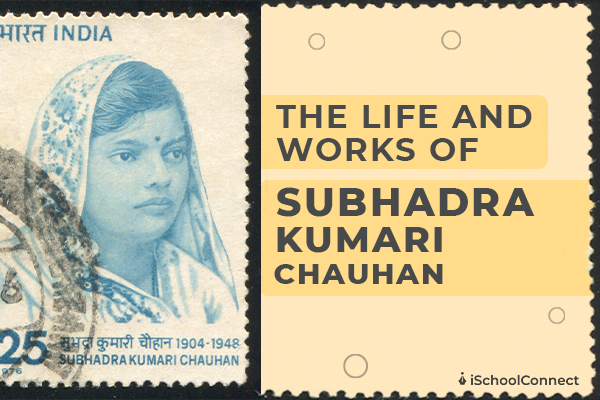 Subhadra Kumari Chauhan was an Indian poet who was a recognized wordsmith. She penned some incredible poems (including “Jhansi ki Rani”) that continue to be appreciated today. Her contributions to Hindi literature make her an iconic personality who is now studied in several schools across the country. Keep reading to discover 5 incredible facts you should know about this prolific individual!

Subhadra Kumari Chauhan was an individual who made significant contributions to the field of Hindi literature. Her aptitude for writing poetry was clear at an early age, and she carried & practiced her talent in adulthood as well.

Her works continue to be well-known today for their power, simplicity, and expression of emotions.

Subhadra Kumari Chauhan, Kiran Bedi, and Arundhati Roy are among the most significant women personalities that continue to inspire the Indian youth today. Familiarizing yourself with their work is an excellent way to adopt their radical thinking and approach to societal expectations of women.

Keep reading to discover 5 important things you need to know about this incredible poet!

5 Incredible Facts You Should Know About Subhadra Kumari Chauhan

She had an early fascination for writing poetry and continued to practice her talent and pen works that are now popular for their quality, simplicity, and sheer elegance.

Here are 5 things you should know about this prolific personality:

Her Most Popular Composition is ‘Jhansi Ki Rani’.

“Chauhan’s poetry remains a staple in many Indian classrooms as a symbol of historical progress, encouraging future generations to stand up against social injustice and celebrate the words that shaped a nation’s history.”

“I don’t have the idea of leaving this Earth even after I die. I want to have a samadhi (tomb) around which there will be a fair, children playing, women singing, and a lot of commotion.”

Reach out to us here if you are looking for more information on this topic . . . we would be happy to help!

Answer – Subhadra Kumari Chauhan studied at Crosthwaite Girls’ School in Allahabad. She was a senior, friends with Mahadevi Verma, and passed her middle-school examinations in 1919.

Admin iSchoolConnect
Study Abroad Expert
`
Motivational quotes in Hindi | Best ones that every student must know! 6 Rabindranath Tagore books that you should read!