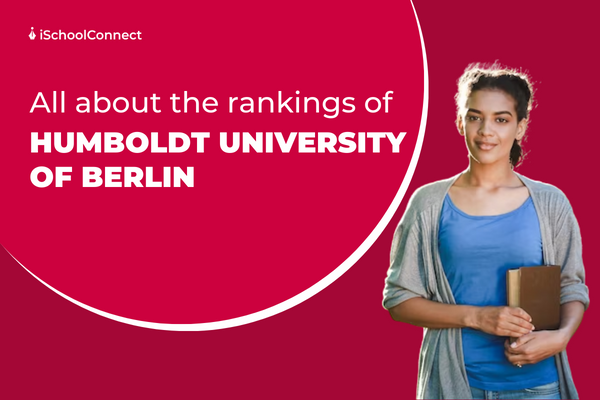 Your guide to the Humboldt University of Berlin’s ranking

Humboldt received the title of a ‘University of Excellence’ among eleven German universities. In the third round of the Excellence Initiative, it succeeded in all three funding lines. Dive in to know more about the Humboldt University of Berlin’s ranking.

About the Humboldt University of Berlin

The Humboldt University of Berlin | A brief overview

Started in 1810, The Humboldt University of Berlin is one of the most prestigious universities not only in Germany but also in Europe. It has an international reputation in the arts and humanities.

Originally known as the University of Berlin, it received its current name in 1949 and gets its name from its founder, Wilhelm von Humboldt, and his brother, the renowned naturalist, and alumnus of the institution, Alexander von Humboldt.

HU Berlin is regarded as one of Europe’s forerunners in higher education. Wilhelm von Humboldt is credited with developing a university model that emphasized a closer relationship between research and teaching– a model that is still used in higher education institutions around the world today.

The German Universities Excellence Initiative, launched by the federal government in 2006, began allocating additional funding to institutions that demonstrated they were leaders in science and research. HU Berlin was one of 11 institutions to receive this funding in 2012, enhancing its reputation as one of the country’s top universities.

Karl Marx and Friedrich Engels, as well as novelist Alfred Döblin and theologian Friedrich Schleiermacher, were all graduates of HU Berlin. Composer Felix Mendelssohn was also a student there, and Albert Einstein taught there for a while.

US News and World Report

The Humboldt Ranking is published by the Alexander von Humboldt Foundation, which promotes academic cooperation between excellent scientists and scholars from abroad and from Germany through their prestigious fellowship program (the Humboldt Research Fellowship). Their ranking shows which universities international researchers holding one of these Fellowships chose for a research stay in Germany. Thus, it lists German institutions only and is an indicator of high international reputation, popularity, and well-established international networks.

The DFG Ranking is Germany’s national ranking based on research performance. It indicates which universities in Germany were most successful in allocating third-party funding from the Deutsche Forschungsgemeinschaft (DFG, German Research Foundation). With an annual budget of around 3.4 Billion € (2018), the DFG is Germany’s central research funding organization. The ranking is considered an indicator of the quality of research at a higher education institution. The rankings get published annually by the DFG.

In 2019, 15 German universities received the title of ‘University of Excellence’ (valid until 2026). Their selection was a part of the so-called ‘Excellence Strategy’ of the Federal Government and the German states (Länder) which promote cutting-edge university research. Humboldt-Universität zu Berlin has won this title for the second time (after 2012).

Read more: The University of Tulsa | Rankings, courses and more

Did you find this blog informative? If so, please share your thoughts in the comments section below. Click here to contact us for more information on the Humboldt University of Berlin’s ranking. We would be happy to assist you with your queries.

Ans- In addition to regular university courses, HU Berlin offers courses on Berlin and Germany’s history, culture, and society. HU teaches the majority of these classes in English.

Q2. What is the average SAT score for HU Berlin?

Ans- Students must have an SAT score between 970 and 1200 to be admitted to Humboldt.

Q3. What is the average GPA for Humboldt State University?

Ans- Students must have a GPA of 3.27 or higher to be admitted to Humboldt. 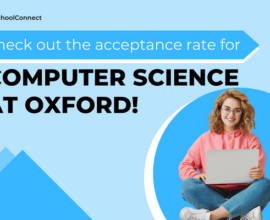