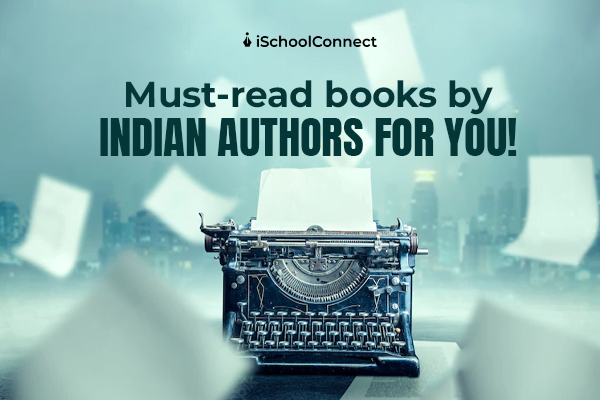 There are several well-known English-language novelists from India. R. K. Narayan was the first prominent Indian author of English-language literature, but many other authors also tried their hand at the genre and were successful. Arundhati Roy, Kiran Desai, and Aravind Adiga, who won the Booker Prize, are three renowned contemporary authors. Chetan Bhagat and Jeet Thayyil are two newcomers who have made a name for themselves in a short period.

He is a well-known Indian author who discusses the evil customs that have their origins in India. Traditional Indian society is an essential topic in his writings. India’s rigid caste system is a practice that only hurts the populace. Anand boldly addresses the mistreatment of members of society’s lower classes in his writings.

That is evident in Anand’s first novel, Untouchable. The plot revolves around the abolition of the caste system. This novel, written in 1935, follows the life of Bakha, a sweeper from the lowest level of the outcast Untouchables. He accepts it as a normal part of life for the most part. After all, that’s how he was brought up. However, a series of events occur that cause him to question his existence and the role he plays in society.

Bakha spends more than half of the book going to work and doing his job while daydreaming about various ideas. The book’s final section takes on a more political tone, with encounters with missionary groups and rallies featuring famous political figures.

The Train to Pakistan – Khushwant Singh

Khushwant Singh has established himself as one of the most well-known Indian authors of English-language works. He was not only a distinguished writer but also a superb citizen. He also holds the second-highest civilian honor in India, the Padma Vibhushan. He also works to promote humanity and compassion through his writing.

He was inspired to write his outstanding novel, “The Train to Pakistan,” by the brutality of India’s partition. The Portrait of a Lady, The Voice of God and Other Stories, The History of Sikhs, and other noteworthy works are among his other accomplishments.

Compared to other Indian authors, his writing is very particular and distinctive. Singh’s writings have a hint of wit, humor, and sarcasm.

R.K. Narayan is well-known for inventing the fictional city of Malgudi, which is located in South India. He was a notable early Indian author who contributed to English-language Indian writings.

‘The Guide,’ by R.K. Narayan stands out among his novels in that it is aimed at a more mature audience. The novel’s plot twists and turns are very relatable.

The novel explores various periods in the protagonist Raju’s life, and it is this element that makes the story so beautiful. The innocence of the child that reflects in most of his life is endearing, and readers may feel pitiful for Raju’s lack of luck, which is not the same as ill luck. Many times, he is an inch away from success, but when he fails, the chasm is so wide that he falls from the sky to the ground.

Lahiri is a prolific writer who established a name for herself through her short stories, novels, and essays. The start of her life, however, was not as easy as she had hoped, and she faced challenges. She was born in London but moved to the US shortly after to attend Boston University for her master’s degree. After numerous rejections, she finally experienced success, and her name was added to the list of notable authors.

In her book ‘The Namesake,’ Lahiri expands on the themes that made her collection an international bestseller: the immigrant experience, cultural clashes, assimilation conflicts, and, most poignantly, the tangled ties between generations. Lahiri’s deft touch for the perfect detail — the fleeting moment, the turn of phrase — opens up whole worlds of emotion and is on display once more.

The Namesake follows the Ganguli family from their traditional Calcutta life to their perilous transformation into Americans. Following their arranged marriage, Ashoke and Ashima Ganguli relocate to Cambridge, Massachusetts. Ashoke, an engineer by training, adapts far more easily than his wife, who despises everything American and pines for her family. When their son is born, the task of naming him reveals the perplexing outcomes of bringing old ways to the new world.

Amrita began her career very young and had a strong passion for writing. She was also fascinated by literature and poetry. She developed into one of India’s greatest poets and novelists thanks to her intense desire to express herself through writing. Her writing exhibits a subtle but noticeable blend of audacity and fearlessness throughout. Notably, her contentious papers, particularly those written before the partition of India, deeply moved her readers.

Nevertheless, after the partition, circumstances changed, which inspired her to write her all-time favorite novel, “Pinjar,” which illustrates the utter helplessness of women during the Indian section. Pinjar focuses on the women’s suffering, exploitation, and sacrifices as a result of their displacement and abduction during partition. The novelist critically examines how the fate of its protagonist Puro eventually becomes the fate of thousands of women during the partition.

Liked this blog? Read next: 6 Rabindranath Tagore books you should read!

Q1. Who Won The Prestigious Onassis Award Of Greece For One Of Her Plays?

Answer – Playwright Manjula Padmanabhan also writes novels and does artwork and cartoons. She is best known for the plays Lights Out and Harvest, which won the first-ever Onassis Award for Theatre.

Q3. Which Two Languages Are Regarded As The Origin Of The English Language?