>  Blog  >  Others   >   The Pursuit of Happyness review | An emotional rollercoaster 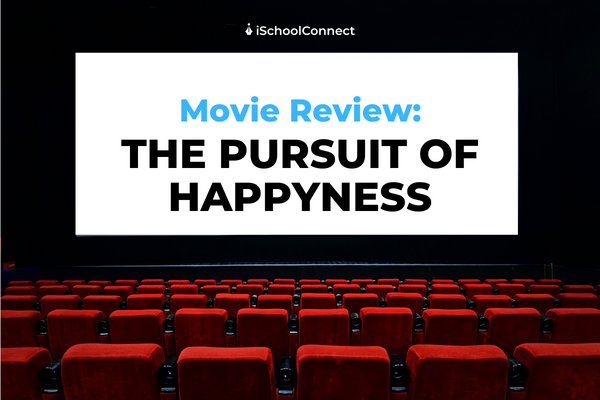 The Pursuit of Happyness review | An emotional rollercoaster

Many of us can relate to the struggle of deciding which movie to watch. The Pursuit of Happyness, unlike other films, emotionally moves the audience because it is based on a true story. It will give you the right inspiration to go forward and catch your dreams. Keep reading to see what The Pursuit of Happyness review has to offer.

The Pursuit of Happyness review

‘The Pursuit of Happyness,’ written by Steven Conrad and directed by Gabriele Muccino, is a moving story about fatherhood, poverty, and preserving childhood innocence. The film was moving and executed so that it inspires genuine emotion in its viewers throughout its nearly two-hour runtime. The film is a high-quality drama with a powerful message about society and the American dream.

The film’s strength stems from its expert portrayal of a man who finds hope at rock bottom and succeeds in keeping his son safe even when circumstances force them to live on the streets. Chris Gardener, played fabulously by Will Smith, barricades himself and his son Christopher inside a subway station bathroom so that his son can sleep throughout the night with some feeling of security and safety. It is the film’s most powerful scene.

The genius of the scene and the film is that Chris keeps his son’s innocence intact by telling him they went back in time. He says that the subway bathroom is a cave and that they’re hiding from imaginative dinosaurs while hiding his tears and grief.

Another strong point is the film’s message, portrayed in an emotional monologue on a rooftop basketball court. “Don’t ever let somebody tell you you can’t do something,” Chris tells his son and, by extension, the audience. “You’ve got a dream. You’ve got to protect it,” he says after inadvertently dampening Christopher’s dreams of becoming a professional basketball player. “You want something, go and get it.”

It’s a message we’ve all heard before, but the conviction with which Smith delivers those lines, and the story, demonstrates the point so well breathes new life into the somewhat generic ‘follow your dreams’ speech.

Thoughts about the movie

There are minor faults in the face of such incredible acting and beautifully emotional events. ‘The Pursuit of Happyness’ remains an excellent film that uses emotion and childhood innocence to challenge viewers to respect and admire what they have while striving to achieve their dreams.

From The Pursuit of Happyness review, we learn that we often try to pursue happiness when we miss the smaller ‘happiness’ in our lives. This message in the film was exactly what everyone needed to hear.

Tags :
Pursuit of Happynessreview
WRITTEN BY