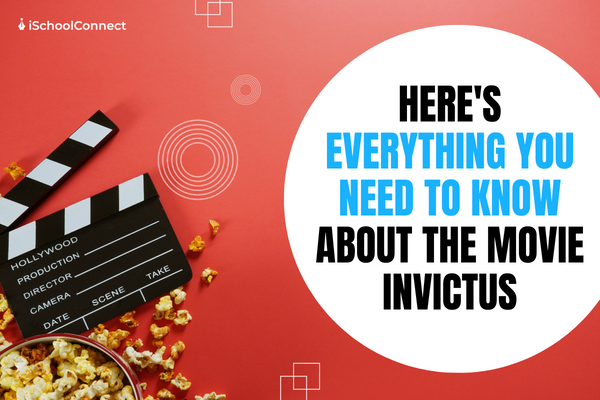 It is a breathtaking film about the power of forgiveness, the significance of sports, the art of transformative leadership, and unity among different races. Keep reading the Invictus movie review to know more.

The Latin word for unconquerable, undefeated, and invincible is ‘Invictus.’ Rugby is a metaphor in Clint Eastwood’s latest film to represent the struggle of South Africa’s first black president, Nelson Mandela (Morgan Freeman), to unify his racially divided country. A well-known fact about passionate sports enthusiasts is that they enjoy sports because they may witness a problem be settle vicariously while watching the sport. Real-life conflicts are notorious for being difficult to resolve, and Eastwood understands this intuitively. We will explore more about it in this Invictus movie review.

Nelson Mandela’s return to politics after serving 27 years in jail was phenomenal. He then became South Africa’s first black president in 1994. It is a country ripped apart by years of brutal and bitter racism. Mandela’s spirituality was founded on the ideals of forgiveness, reconciliation, and ordinary kindness and civility. He faced difficulty finding a method to bring the country’s white and black residents together without offending either group.

He devised an unorthodox solution, vividly and brilliantly depicted in Clint Eastwood’s extraordinary spiritual movie Invictus, with a screenplay by Anthony Peckham and based on John Carlin’s book Playing the Enemy. The title is Latin for ‘unconquerable,’ taken from a renowned poem by British writer William Ernest Henley, written in 1875.

After Nelson Mandela (Morgan Freeman) was elected President of South Africa, the press addressed the question everyone was asking-

Can he win an election but not lead a country?

Many believe civil war is a serious possibility unless a mechanism is discovered to meet black people’s goals while assuaging white concerns. On his first day at his new job, Mandela urges white colleagues from President de Klerk’s administration to stay and work with him.

When he asks Jason Tshabalala (Tony Kgoroge) and Linga Moonsamy (Patrick Mofokeng), the leaders of his personal bodyguards, to work alongside Hendrick Booyens (Matt Stern) and Etienne Feyder (Julian Lewis Jones), white members of the Special Branch who were terrorizing blacks with their strong-arm tactics and racist hatred not long ago, are taken aback. They initially oppose their ‘Comrade President,’ until they realize how crucial it is for him to have visible members of both races on his team.

The new bodyguards are astounded by Mandela’s daily activities and even more so by his personal attention to their lives, which includes questions and compliments. His chief of staff, Brenda Mazibuko (Adjoa Andoh), urges him to focus on economic and foreign concerns. Still, Mandela devised his own brilliant plan to unite the divided country into a “rainbow nation.” When he learns that a sports commission wants to abandon the predominantly white national rugby team, the Springbok, the President appears before them and delivers a passionate speech in which he claims that taking away the rugby team from the Afrikaners will widen the racial divide and begin a new cycle of hatred and fear.

Even though the team and its badge remain a reminder of apartheid to many blacks, Mandela is sure that things can be turned around by pursuing a different course of action.

He says, sensing the atmosphere of vengeance and payback in the room. “The rainbow nation begins here.

Here is where forgiveness begins.”

This rousing call is more than words; it is a call to conscience that Mandela cultivated with his adversaries during his long years in prison and forced labor.

Invictus is based on a true story. Almost everything in the film is factual, from the history of the principal characters to the events that transformed the globe. That is what makes Invictus so incredible. There is no manipulation to make you feel inspired. Knowing that the events depicted occurred is enough to give you goosebumps. Even if you know what occurs from beginning to end, Invictus is still a rewarding experience.

Second, the portrayal of rugby can be unsatisfying. Part of this is due to the film’s focus on what happened in actual life, but it wouldn’t have hurt to make the games more interesting. People who have never seen the sport will have no idea what is going on and will honestly believe it is a boring, boorish game in which all points are scored on penalty kicks.

All the performances were good, and their character depiction was believable.

While laden with true-life sports movie clichés, Invictus overcomes them by the strength of its performances and attention to political nuance, from blacks’ yearning to reclaim their country to whites’ worries of losing their voice in the new democratic nation.

Mandela’s ability to steer both factions toward unity with his forgiveness, respect, and fellowship principles will impress and inspire you. Invictus contains brief instances of strong language but is mostly clear of potentially offensive material.

Did you find this blog informative? If so, please share your thoughts in the comments section below. Click here to contact us for more information on the Invictus movie review. We would be happy to assist you with your queries.

Q1. Where can I see Invictus’s movie?

Q2. What is the message of Invictus movie?

Ans- Invictus is uplifting, liberating, and inspiring. When Mandela (Freeman) became President of South Africa, he used the magic of rugby to bring everyone in South Africa closer together. He focuses on Pienaar (Damon) and teaches him how to be a better leader for his squad.

Q3. What happens at the end of Invictus?

Ans- In the end, South Africa wins by three points over New Zealand as the clock runs out. South Africa triumphs 15-12. The streets of South Africa are filled following the trophy presentation, with South Africans of various ancestries celebrating the Springboks.