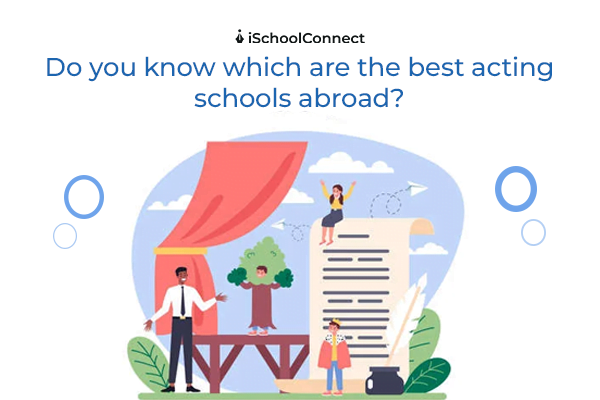 Do you wish to pursue acting abroad? Getting into a good acting school is often a dream come true for any aspiring actor. Acting schools that are reputed are known to significantly enhance your skills and the type of opportunities you receive. Keep reading to learn more about the top acting schools abroad!

A career as an actor is among the most dynamic and lucrative opportunities in the industry of drama. Undergoing professional training from a reputed acting school abroad can help improve all the skills needed to sustain a successful acting career. Moreover, there are several reputed universities across the world offering intensive acting courses for motivated students. While getting into these universities can be challenging, the long-term outcome is significantly rewarding. Here are the best acting schools abroad worth considering!

Acting schools around the world specialize in helping you develop the right attitude and acting techniques that are fundamental for young aspirants. A good acting school will also provide opportunities for industry exposure and allow you to develop your networking skills. The latter is a crucial component of an acting career and can leverage at a later stage. The following are the best acting schools abroad you must consider!

Tisch School of the Arts or TSOA is an acting school abroad that is a part of New York University. TSOA was founded in 1965 and is now regarded as one of the United States’ leading centers for studying the performing arts.

TSOA has also birthed a significant amount of well-known screen actors and famous Broadway stars. Additionally, the university is the top producer of musical actors in the United States.

As an acting school, TSOA is quite large with about 3000 undergraduate stents and 1000 postgraduate students. As a result of these large numbers, the university has multiple artistic departments to choose from.

Some of the most noteworthy graduates of this school include-

The Royal Academy of Dramatic Art (RADA) is located in central London and was founded more than a century ago. It is one of the oldest and most respected acting schools with top-quality training facilities.

RADA offers a wide range of undergraduate, postgraduate, and certification courses in television, radio, film, and theater. If you are looking for opportunities to enter the vibrant London acting scene, applying to this acting school abroad is one of the first steps in the right direction.

The institution houses a stunning set of five theaters that are designed for live performances, in addition to one movie theater. This gives you ample opportunities to showcase your budding acting talents to sophisticated London audiences.

RADA also provides you with several opportunities to interact and collaborate with other actors in the UK’s acting industry.

The Department of Theatre Arts and Performance Studies (TAPS) at Brown University is another reputed acting institution worth considering abroad. TAPS at Brown University offers a wide range of undergraduate, doctoral, and MFA courses to choose from.

Through the courses offered by TAPS, you gain the opportunity to learn and perform in the Tony Award-winning regional theatre, Trinity Rep. TAPS at Brown University also places a significant emphasis on cross-discipline collaborations. Moreover, this will encourage you to work directly with aspiring actors, directors, and playwrights throughout your study.

Additionally, Brown University is the only Ivy League school that covers the entire tuition fees for graduate students at the drama school.

NIDA has also produced several great actors who have made waves in the global acting industry. However, getting into this university is not an easy task as only 4% of applicants pass the NIDA auditions.

Some of the top graduates of this university include-

Carnegie Mellon’s School of Drama is one of the oldest acting schools in the United States. The institution is heavily focused on ensuring that students truly embody their characters through the process of ‘deep material analysis’.

In addition, the school prepares you for the real-world acting industry by employing some of the highest professional standards of formal training. Moreover, the classes are often conducted in small batches, allowing each student to receive highly personalized attention.

The faculty at Carnegie Mellon University is comprised of working theater professionals. These professionals act as industry mentors and ensure that students are prepared to participate actively in the field immediately after graduation.

The East 15 Acting School is one of the top-ranked schools of drama in the United Kingdom. This is the perfect choice for students who are looking for British acting training outside of London.

The university’s course curriculum includes professional training in technical design, stage design, directing, and acting. This allows you to prepare for every aspect of your acting career.

One of this university’s key points is its distinguished international acting tutor staff. Pursuing a course from this university will directly put you in contact with some of the best acting teachers globally.

Q1. What is scene study?

Answer – Scene study is a part of formal acting training where you will be introduced to studying, analyzing, as well as practicing different scenes on and off-camera.

Answer – Yes, good acting schools will train you in the skill of improvisation. Improvisation allows you to think fast, embrace spontaneity, and be more aware of timing during your performance.

Q3. Can I enter the commercial acting industry with a degree from a good acting school?

Answer – In case you want to appear in commercials, do your research to determine which acting schools abroad will provide you with the best opportunities.

Dhriti Chadha
Study Abroad Expert
`
Top 7 motivational books worth reading! Communication design | 6 details you must not miss out on 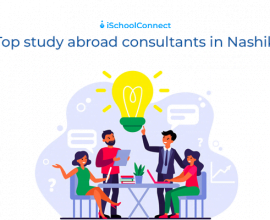 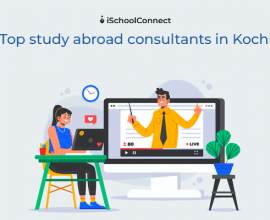 Study abroad consultants in Kochi | Top 7 you must check out! 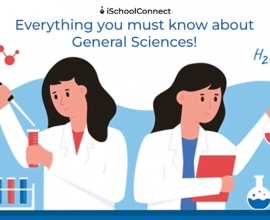 General Science | What are the benefits of choosing this subject? 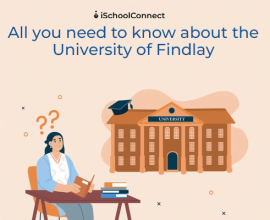 The University of Findlay-admission, rankings, course, and more! 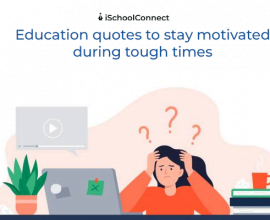 4 best educational quotes for students to get motivated! 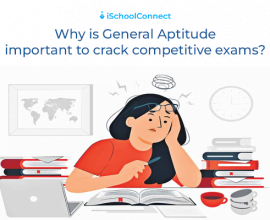 All you need to know about general aptitude | A-Z guide