>  Blog  >  Others   >   Know everything about the National Food Security card. 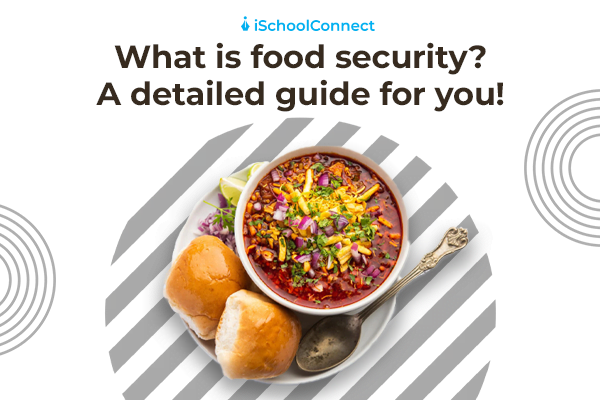 Know everything about the National Food Security card.

India is conducting one of the largest schemes to end hunger issues. The National Food Security card is the weapon in this battle. Keep reading to know more.

There are 7.9 billion people in the world, according to the 2011 census. Of these, 829 million people are suffering from hunger. They are deprived of nutritious food. The Global Hunger Index shows 117 countries that have the most hungry people. India has been ranked 102. The Indian government started an initiative on food security cards to eradicate this issue. The National Food Security card (NFSC) is considered one of the largest schemes for poor and hungry people. It covers 67% of the population in India, out of which 75% are rural, and 50% are urban people.

Let’s know more about this scheme.

What is a National Food Security card?

The cardholder can buy the essentials at any ration shop in the country. They will receive the amount that is available under the scheme.

The Indian constitution provides fundamental human rights to its citizens in Article 21. Food, one of the necessities, isn’t recognized as an individual right in the constitution. It comes under the ‘right to live.’

The main objective of this act is to achieve the United Nations’ objective of ending hunger by the year 2030.

The preamble of the food security act says that it will provide food and nutritional security by ensuring access to an adequate quantity of quality food at an affordable price. This card covers the benefits that used to be supplied under the Public Distribution System (PDS) and Targeted Public Distribution System (TPDS). These benefits are as follows.

To apply for the card, you must submit simple documents with the application form. The list of these documents is as follows.

ONORC stands for the ‘One Nation One Ration Card’ initiative of the Indian government. This scheme was launched as a pilot project for four states on 9th August 2020. After finishing 3 years, it has now become a nationwide initiative. Assam was the recent State to implement this scheme in June 2022.

This scheme enables the benefits of food security cards to the migrant workers. These migrant workers can now buy food grains like rice and wheat at subsidized prices in ration shops anywhere in the country. The apex court had directed the State Governments to arrange community kitchen services to feed migrant workers during the pandemic.

The white ration card was given to the migrant workers. They can use this card anywhere in the country. During the period of lockdown, this scheme helped several migrant workers survive. The implementation of this scheme still needs more effort to achieve its goal.

Liked this blog? Read next: Food Science | What does pursuing this course entail?

Q1. Who is eligible for a white ration card in India?

Answer: Families with an annual income less than INR 1 lakh are eligible for a white ration card.

Q2. What are the three components of food security?

Answer: Availability, access, and consumption are the three components of food security.

Q3. How can I get a food security card in Telangana?

Answer: You will need to visit and apply at the MeeSeva portal of the Government of Telangana.