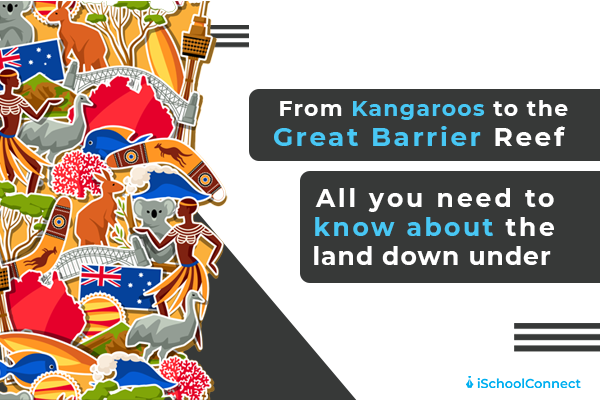 The Land Down Under | All you need to know about Australia

In their hunt for the territory under Asia’s continent, European explorers discovered Australia. It is known as ‘the land down under’ and has some of the most unique and serene nature reserves. Continue reading to learn more about some of the main attractions, and political and educational systems in Australia. Read on!

A quick overview: Some interesting facts about Australia

Australia is one of the world’s most cosmopolitan countries, with the world’s oldest continuously existing culture. They have a highly competent workforce and a long democratic governance and stability history. Australia has it all: a continent with its tectonic plate, a country with a population density few countries can match, and a large island with a 30,000-kilometer-long beach.

The land down under lies fully in the southern hemisphere, sandwiched between the Indian and Pacific oceans, south of Maritime Southeast Asia, and north of Antarctica. It is almost (95%) of the size of the continental United States, with a land area of 7,617,930 km2 (excluding Alaska), and has a population of only 25.7 million people (in 2021).

Canberra is the country’s capital; other significant cities include Adelaide, Alice Springs, Brisbane, Darwin, Hobart, Melbourne, and Perth, with Sydney being the biggest metropolis. English is the official language for Australia.

Australia is one of the world’s most distant countries, but it’s also one of the most popular tourist destinations, particularly among backpackers and budget tourists. Speaking about Australian tourism, there are over 2,900 different reefs. The Great Barrier Reef is the world’s largest contiguous coral reef system. Other main attractions include:

Representative democracy and constitutional monarchy exist side by side in Australia’s political system. Queen Elizabeth II is the head of state, and a Governor-General legally represents her.

The bicameral Parliament of Australia, which consists of a Senate and a House of Representatives, is the legislative branch of the government. The Prime Minister is the country’s head of state and the government’s leader.

Despite accounting for only 0.3%, Australians have some of the best living levels in the world. Their economy has risen at a quicker rate than any other major developed country since 1992. They have abundant natural resources and a sophisticated services industry supported by a well-educated workforce.

Minerals and fuels accounted for 50.9% of Australia’s products and services exports in 2018-19, accounting for 8.5% of the country’s GDP. Agriculture, tourism, education, financial services, and items related to science and technology are all in great demand.

The educational system in Australia

For both local and international students, Australia’s education system is one of the greatest in the world. It has strong academic standards, a broad curriculum, and highly qualified teachers.

The education system in Australia is similar in all six states, namely –

There are two territories, the Australian Capital Territory (ACT) and the Northern Territory, often known as the Commonwealth Territories, both of which have slight distinctions.

Students study for a bachelor’s degree as initial preparation for a professional vocation. A bachelor’s degree in Australia takes at least three years of full-time study. On the other hand, some colleges also offer a two-year fast-track program.

Post-graduate and Doctorate study in Australia

Post-graduate alternatives abound in Australian universities, allowing students to pursue new interests or progress in their careers. The degrees include –

Australia is a nation of incredible natural beauty, boundless adventure, and even unimaginable potential. The country is recognized as one of the top tourist destinations. If beaches, rainforests, and the outback aren’t your cup of tea, the country’s big cities make excellent vacation spots.

Australia’s educational system is rapidly becoming a global leader in education. Policies are regularly evaluated and revised to safeguard and promote educational fairness, develop STEM skills, and, most importantly, maintain a high standard of education for both local and international students, regardless of economic or cultural background.

Q1. What is Australia famous for?

Q2. Why is Australia still ruled by the British?

Answer – The Queen’s relationship with Australia is unique. The country is a constitutional monarchy, and the Queen is the Sovereign of Australia. However, she is not involved in the day-to-day operations of the Australian government but continues to play important ceremonial and symbolic roles.

Q3. Why is education in Australia superior?

Answer – Many overseas students choose Australia to study for multiple reasons. These include top institutions, wildlife, thriving cities, and many oceans. While studying abroad might be intimidating, the benefits of academic and personal growth can be enormous.

Admin iSchoolConnect
Study Abroad Expert
`
Veterinary Course | Everything you should know about it! 8 efficient tips to cracking SAT you need to know 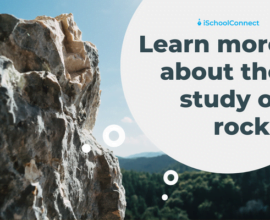 Study of rocks their types, applications, and much more. 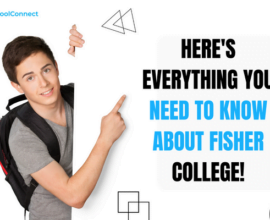 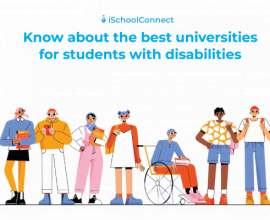 Students with disabilities | Top 5 colleges for a brighter future 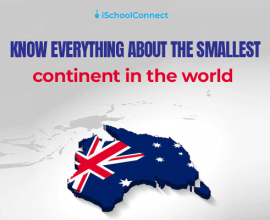 Smallest continent on the planet- Australia 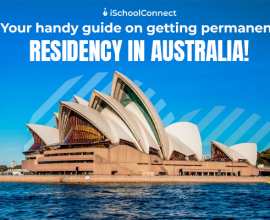 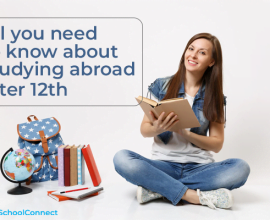 Guide for studying abroad after 12th for Indian students