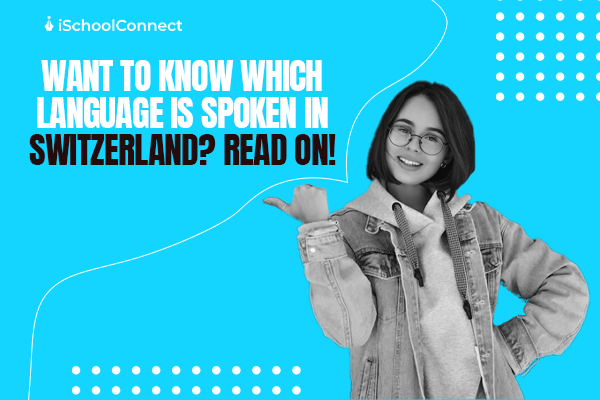 What language do they speak in Switzerland?

In most parts of the world, answering the question “What is the official language of your country?” is simple. However, if you ask someone from Switzerland, things become slightly tricky. Continue reading to know more about what language they speak in Switzerland.

Switzerland is famous for its high standard of living, excellent infrastructure, and ecologically responsible approach. This year, it is also ranked #5 in the world’s top ten study-abroad destinations. This country’s diversity level may be essential to Swiss success and unity. After all, there are four official languages in the country. Not one, not two, but four!

German, French, Italian, and Romansh are the four official languages. They are all spoken in different parts of the world. This is a dream come true for any overseas student!

Not only are university programs available in multiple languages, but it also facilitates regular communication. Let’s look at the languages and the locations where they are spoken in more detail.

Swiss German is the primary language of 63% of the Swiss people, and people speak it in the country’s northern, eastern, and central regions. Dialekt, Mundart, or simply Dütsch are all terms used by its speakers.

If you intend to study in one of the Swiss German-speaking cantons, you should know that this language has several dialects. As a result, if you are used to speaking conventional German, it can be challenging to comprehend.

But don’t let this deter you! Standard German is still used for formal communication, books, and newspapers, making life a little easier.

Swiss German is a mash-up of Alemannic dialects that are no longer spoken in Germany or Austria, sprinkled with a smattering of French idioms. The Swiss Germans are proud of their dialect diversity.

The exact words are used differently in Zurich, Bern, and Basel. Again, there is no need to be concerned; politely request an explanation when in doubt!

French is the country’s second most widely spoken language. Despite the name, there is relatively little difference between Swiss French and French spoken in France.

Some people believe that Swiss-French sounds slower because of its longer vowels. This is good news for primary French speakers, as they will have no trouble conversing with locals from French-speaking areas. Another advantage for French speakers is that renowned tourist locations like Lausanne and Geneva are French.

Swiss Italian is the language spoken in the cantons of Ticino and Graubünden (Canton Grigioni). One of the many attractions to come and study in this part of Switzerland is the unique blend of Swiss and Italian culture.

Swiss Italian, formerly known as Lombard, is spoken by approximately 350,000 people. It is also impacted by German and French, which may cause changes if you study or speak standard Italian. Don’t panic; you could still be able to converse effectively.

With only 37,000 speakers, it is the language with the fewest native speakers in Switzerland. Romansh is one of the offspring of the widely used Latin of the Roman Empire. When the Romans invaded the region of Rhaetia in 15 B.C., their language was influenced by that of the natives. Rumantsch was born from this odd combination.

Outside of Switzerland, Romansh is a freely used community language utilized in governance and education. While there are numerous dialects of Romansh, the language established a linguistic consensus to develop the language used today.

How does this affect overseas students?

As an international student, you can take advantage of Switzerland’s multilingualism. To begin with, many Swiss banks, firms, and political groups are looking for persons fluent in one of the official languages.

If you prefer to convey it in English, we also have excellent news! Most Swiss speak English fluently and are multilingual. Not only can you choose language programs from famous Swiss colleges, but if you get lost on your Alps journey, chances are someone will be able to help you in a language you understand.

Liked this blog? Read next: Cost of living in Switzerland | Housing, entertainment, and more!

Q1. Which language is most commonly spoken in Switzerland?

Answer: German is the most commonly spoken language in Switzerland. Over 60% of the Swiss population speak German as their primary language.

Q2. Why do people in Switzerland speak three languages?

Answer: Each canton has the right to choose its official language to avoid conflict. The languages spoken by each canton reflect Switzerland’s geographical and cultural limits and the impact on neighboring countries.

Q3. Is it possible to live in Switzerland while just speaking English?

Answer: English is Switzerland’s most widely spoken non-national language, with 45% of the population regularly using it. 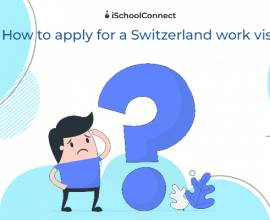 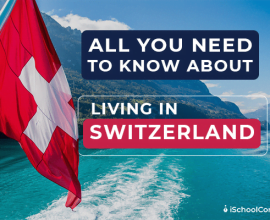 Cost of living in Switzerland | Housing, entertainment, and more! 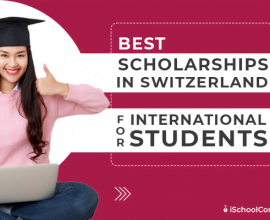 Scholarships in Switzerland | 5 best scholarships you must know about! 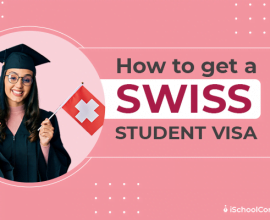 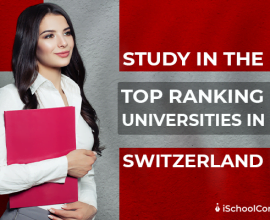 Top Universities in Switzerland | Everything you must know! 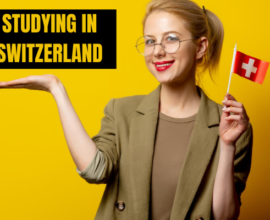 Top reasons why should you study in Switzerland!