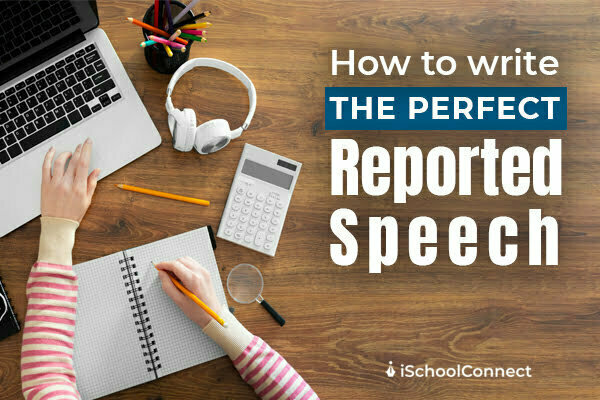 Reported speech | 5 Essential things to know before writing one!

Do you know why reported speech is given its name? It's because you use it to address the thoughts or words of a person without directly quoting them. Questions related to reported speech are fundamental in grammar tests. So read on to learn more and ace your exam!

We use direct and indirect speech so often in our day-to-day life that it comes naturally to us. However, there may be some key rules that go unnoticed during our conversations. So if you want to sharpen your basics in reported speech, buckle up and read this blog! Discover what direct and indirect speech is, what reported clauses are and walk through several examples of each!

What does reported speech mean?

Reported speech is a method of reporting what we or other people say. It can be used in two basic forms-

Direct reported speech– Jim said, “I want to work at this company.”

Indirect reported speech- Jim said that he wanted to work at that company.

In direct speech, Jim’s words were quoted exactly as he said them (or exactly as we remember it). In indirect speech, we provide the same information, but the words are not stated directly.

You’ll also notice that ‘want’ also changes to ‘wanted.’ When changing speech from direct to indirect, the verb needs to reflect the tense of the new structure. This is the reported speech tense change rule. But it is not necessary to include the exact wording when changing to indirect speech. For example-

We see that the words are not the same, but we still get the complete and factual information from the indirect speech.

Reported speech is not just for verbal communication

We can use reported speech to convey our and others’ thoughts. For example-

Direct speech: He thought ‘That’s too expensive,’ and refused to buy it.

Indirect speech: He thought that it was too expensive and refused to buy it.

Have you noticed the trend with reported speech yet? There are two parts to each sentence. This is true whether using direct or indirect speech. Let’s learn more about this, shall we?

You may have noticed that for all the examples of direct speech, inverted commas were used (” “). This is the easiest way to understand that the words are being quoted. In spoken language, we assume the position of quotation marks (or inverted commas), but written language allows us to have more nuance and control.

Note that in American English, double inverted commas are used for setting apart the quoted words.

While in British English, typically single inverted commas are used, like so-

Another important distinction is that in British English, commas and full stops go outside the quotation marks-

While in American writing, the commas and periods stay inside the quotation marks-

It should be noted that the placement of the full stop is not fixed by rules. Language is always evolving and many people/organizations mix British and American punctuation styles.

We stated earlier that reported speech sentences have two parts – the reporting clause and the reported clause.

For the reporting clause, the most common verbs used are ‘say’ and ‘tell.’ For example-

Keep in mind that ‘said’ or ‘asked’ should be used for questions, since using ‘tell’ in that context would be grammatically incorrect. For example-

There are many other reporting verbs, such as-

Now let’s look at some examples with these verbs-

While the reported speech’s meaning may seem easy here, there is still much to learn. This article will give you a headstart on how to write the reported speech. But, you may still come across many sentences that do not fit the concepts we have covered here.

In any case, the best option is to read more from novels, textbooks, magazines, and more. If you pay attention to the sentences and punctuation, then you will get the hang of it soon enough.

So keep reading, learning, and getting better so that you can ace any test on reported speech that comes your way!

We hope you found this blog informative and interesting. If you have any questions, drop them in the comments below. Or get in touch with us!

1. Do all the words remain the same when changing from direct to indirect speech?

No, when you change from direct to indirect speech, there will be a difference in the words you need to use. If the same words and tense are used, the sentence will be grammatically incorrect. Here’s an example-

Direct: “We did all this for the sake of our families”, he shouted at the crowd.

Indirect: He shouted to the crowd that they had done it all for their families.

2. Should I use a question mark for indirect speech?

No, neither question marks nor exclamation marks are required for indirect reporting.

3. What is the purpose of the reported speech?

It is used to easily convey the words and thoughts of others or ourselves. Plus, in any form of writing, it helps to clearly represent the speech or internal thoughts of a person.

When communicating with people verbally in real-life, we use both direct and indirect speech to tell someone what someone else said. The same is also used in written English. 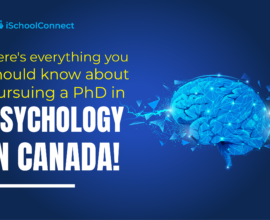 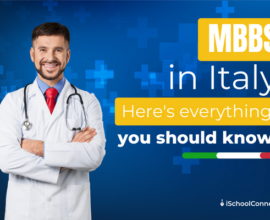 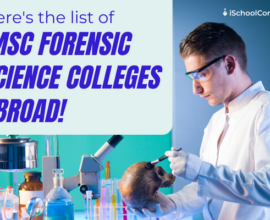