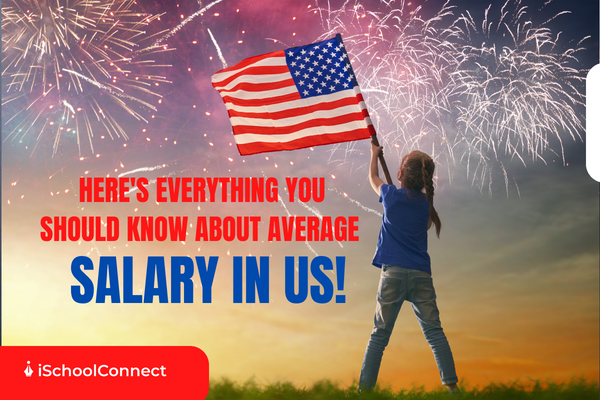 The average salary in the US | Factors and job types

If you intend to settle in the United States, consider the average annual salary you can expect as a full-time professional. Keep reading to learn about the average salary in the US.

What is the average salary in the US?

According to the US Bureau of Labor Statistics (BLS), there are currently 117.5 million full-time workers in the United States. Some of these people receive pay on an annual basis, while others do on an hourly basis. While salary varies significantly depending on job type, education level, and social and economic factors, the average weekly earnings for a person working in the United States is $1,037. Let’s find the factors that affect the average salary in the US.

The state-wise average salary in the US

Every state has its average wage. According to the Bureau of Labor and Statistics, geographic location, age, professional experience, job profile, and cost of living determine individual compensation or salary.

The Northeast is the most prosperous region in the United States. In 2019, Maryland, New Jersey, and Massachusetts had the highest median household incomes. You will find the highest average salaries in California, Connecticut, Massachusetts, New York, and Washington.

The average salary in each state in the United States, according to alphabetical order, is as follows-

Their educational qualifications determine the average salary of a person. A high school graduate, for example, can earn up to $40 612 per year, whereas a college graduate can earn a minimum of $73 892 per year. Furthermore, those with a master’s or a doctorate earn an average of $179 036 per year.

Those between 16 and 64 see their pay rise gradually. However, experience, skill set, industry, and educational qualifications all play a role.

According to the data, age influences salary just as much as gender. Men’s salaries rise as they get older. According to research, men’s weekly wages are 4.7% higher than women’s.

According to national average salary statistics, income disparity links inextricably to the racial divide in the United States. Poverty is widespread among African-Americans and Hispanics. In 2019, approximately 18.8% of black Americans and 15.7% of Hispanics were poor, compared to 7.3% of non-Hispanic whites. Furthermore, white households earned a median household income of $76,057 in 2019, while Black and Hispanic families earned $45,438 and $56,113, respectively.

The salary depends on the profession and industry. Those working in software development or with a medical degree frequently earn six times the national average. Entry-level positions in retail and recreation pay 50% less. Take a look at the following job roles.

Carpentry is a skilled trade that involves designing and constructing buildings or structures. People in this field frequently use blueprints, power tools, hand tools, and building materials to complete their work. To become carpenters, people regularly complete courses, certificate programs, or apprenticeships.

Software architects are computer software designers and developers. They usually have a bachelor’s or higher degree in computer science or engineering. They write and review code regularly to implement software systems.

A physician is a medical doctor or an Osteopathic doctor. They are medical professionals licensed to diagnose, treat, and manage illness, injury, and disease. Physicians complete eight to twelve years of post-secondary education to prepare for their careers, including a four-year medical residency.

Did you find this blog helpful? Do share your thoughts and perspectives in the comments section below. For more information on the average salary in the US, please contact us by clicking here. We would be happy to assist you with your queries.

Q1. What percentage of Americans make over 100k?

Q2. What is the average monthly salary in the US?

Answer- The average monthly salary in the US is around $6,228.

Q3. What is the average salary of a data scientist in the US?

Answer- The average salary of a data scientist in the US is around $100,431 annually. 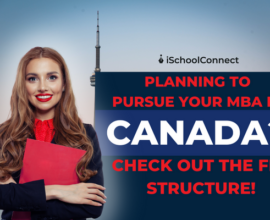 MBA in Canada fees | Everything you need to know about! 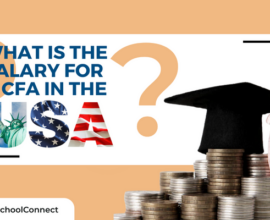 CFA salary in the US based on job titles 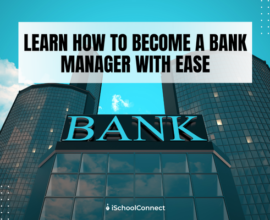 How to become a bank manager in India or abroad

What are Nifty and Sensex, and how are they useful for you? 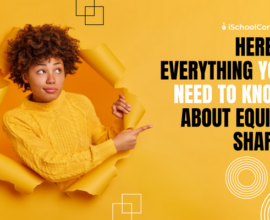 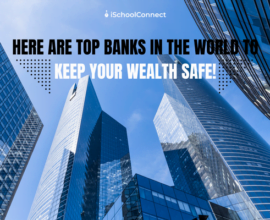 Top banks in the world