>  Blog  >  Others   >   Introduction to Seismology – concepts, applications, and more 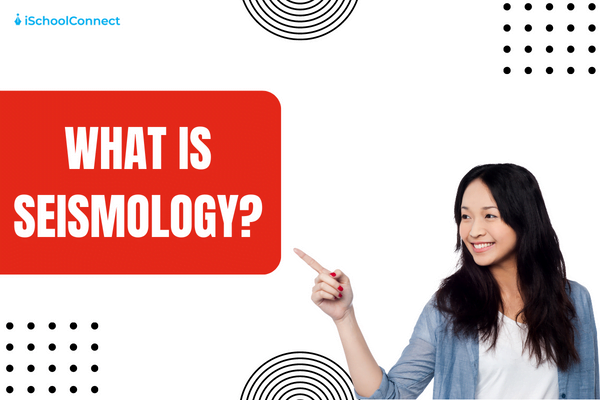 Seismology is a crucial branch of science that studies earthquakes and the movement of seismic waves created in the Earth’s interior and on its surface to understand its underlying structure, causes, and ways to avoid damage

Earthquakes are purely natural ground vibrations brought on by the Earth’s energy release. Seismology, which means ‘study of shaking’ in Greek, deals with the study of earthquakes.

The goals of seismological investigations can be local, regional, or of global significance. Attempts to identify subsurface faults and other structures in petroleum or mineral exploration, the geophysical properties of island arcs, oceanic trenches, mid-oceanic ridges, or the elastic properties of Earth materials are all parts of seismological research.

Stresses caused by plate tectonics are the source of earthquake energy. Rocks on the margins of moving plates deform and absorb strain until the point of greatest weakness. The weak part causes a rupture to release the tension and an earthquake occurs.

Read more: Here are the top four causes and effects of overpopulation

Although it is frequently and interchangeably used with ‘seismograph,’ a seismometer is the internal component of the seismograph, which can be a pendulum or a mass set on a spring.

Seismographs are tools used to capture ground motion during an earthquake.

They operate as a part of a seismographic network and are buried throughout the world. The Chinese scholar Chang Heng created the first ‘seismoscope’ in the year 132 A.D. However, this just served to signal that an earthquake was taking place; it did not record earthquakes. In 1890, the first seismograph was created.

Except for minor wiggles brought on by local disruption or ‘noise’ and the time markers, it shows merely a straight line when there is no earthquake reading.

Seismograms are now computerized and paper recordings are no longer used.

Measuring the rates at which seismic waves move through the earth is one component of seismology.

P or primary/compressional waves move through the earth’s crust quickly, whereas secondary/transverse waves cannot pass through liquids. This property enables scientists to distinguish the earth’s numerous boundary layers, including the crust, mantle, and core.

The use of seismology in the search for oil resources is a significant commercial application. Texas was the location of the first oil field that was detected using this technique in 1924. Previously, explosives like dynamite were employed to create seismic waves, but they have been replaced with high-energy vibrators on land and air-gun arrays at sea. A portable seismograph is set up in the area to be researched, and an explosive energy source is ignited nearby.

Sometimes subsurface water can be found and the structure of the oceanic and continental crust can be discovered using seismic technologies. Seismographic stations for their detection were established all over the world as the underground testing of nuclear bombs advanced.

Did you find this blog informative? If so, please share your thoughts in the comments section below. Click here to contact us for more information on seismology. We would be happy to assist you with your queries.

Liked this blog? Read next: Smallest continent on the planet- Australia

Q1. What is an example of seismology?

Ans- The geographical survey is an example of seismology.

Ans- About a century ago, in 1889, Ernst Yon Rebeur-Pasebwitz discovered the first transient seismic record in Potsdam. John Milne and his collaborators in Japan created the first prototype of the modern seismograph.

Q3. What is the difference between geology and seismology?