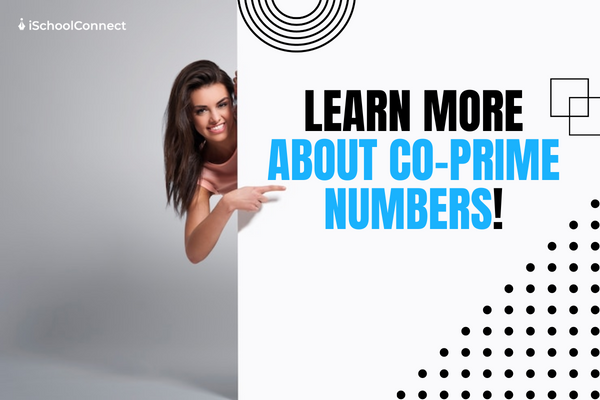 What is a co-prime number? | Definition, properties, and example

We all are aware of what a prime number is. So, what is a co-prime number? Math can be intriguing because we discover many interesting facts through it. Read on for more.

What is a co-prime number?

How to find co-prime numbers?

Consider a pair of numbers; if no positive integer other than 1 can divide them, the pair is co-prime.

Read more: Math formulas for class 10 | Here’s everything you need to know about math formulas

Co-prime numbers have six main properties, which are as follows-

The are several pairs of co-primes ranging from 1 to 100. Among them are-

Did you find this blog informative? If so, do express your thoughts in the comments below. Click here to contact us for more information on what is a co-prime number. We would be happy to assist you with your queries.

Q2. What is the smallest co-prime number?

Answer- 2 is the smallest prime number. To be prime, a number must have only two aspects- 1 and the number itself.

Q3. How do you check if two numbers are coprime?

Answer- If the greatest common divisor of two numbers, X and Y, is 1, they are said to be Co-Prime or mutually prime.

Admin iSchoolConnect
Study Abroad Expert
`
Study of weather, history, and scales Who is the father of chemistry?