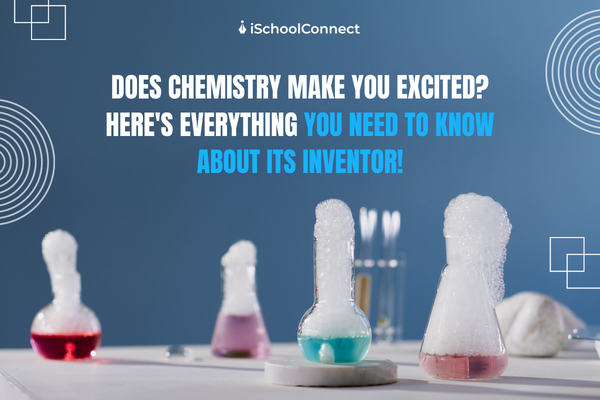 Who is the father of chemistry?

By developing a new series of laboratory experiments, Antoine-Laurent Lavoisier, Robert Boyle, and John Dalton irrevocably altered the practice and principles of chemistry. Keep reading to know more about who is the father of chemistry.

Chemistry is the study of matter, which is defined as everything that has mass and occupies space, and the changes that it can undergo when subjected to diverse environments and situations. Chemistry is not only used in scientific investigations but is also in everyday life. It represents the advancement of society and humanity. Many scientists have made valuable contributions to the field of chemistry and are well-known as fathers of chemistry. In this blog, we will try to find the answer to who is the father of chemistry.

Lavoisier, known as the ‘Father of Chemistry,’ was born in Paris in 1743. As the son of a rich Parisian lawyer, he followed in his father’s footsteps and studied law. Despite his law degree, Lavoisier’s primary passion was science, which he pursued with zest while working a demanding public schedule.

Contributions to the field of chemistry

Who is the father of chemistry

Did you find this blog informative? If so, please share your thoughts in the comments section below. Click here to contact us for more information on who is the father of chemistry. We would be happy to assist you with your queries.

Liked this blog? Read next: Career in BSc chemistry | Syllabus and career options

Q1. Is Albert Einstein a chemist?

Ans-Though Einstein is generally a physicist (he got the Nobel Prize in Physics in 1921), his study had significant ramifications for chemistry. In 1905, he received his Ph. D.

Q2. What is the old name of chemistry?

Q3. How can I learn chemistry?

Ans- Follow the steps given below to learn chemistry

Admin iSchoolConnect
Study Abroad Expert
`
What is a co-prime number? | Definition, properties, and example Who is the father of geography and how was it invented?