Epigraphy is the study of inscriptions or epigraphs carved into sturdy materials such as stone or cast in metal. It’s an essential tool for recovering many of antiquity’s firsthand records. Read on to learn more.

Ancient writings had their meaning in their respective cultural and historical eras. If one wants to learn about the past, one must understand what these writings mean. Epigraphy is the study of determining and analyzing such ancient graphemes. Epigraphers are specialists in this field. Keep reading to learn in detail about epigraphy.

The term epigraphy comes from the Greek word epigraphē, which means ‘to write on.’ The term epigraph first appeared in English to describe any inscription on a structure or a commonly used motto or saying. When the study of such inscriptions became a field of study, researchers were known as epigraphers or epigraphists, and the discipline itself was called epigraphy.

The ancient Greek scholars Thucydides and Polybius, interested in ancient Egyptian and other inscriptions from earlier civilizations, were the first to practice epigraphy. Later, during the Renaissance, European scholars became interested in Latin and Greek inscriptions and began to develop methodologies for studying epigraphs. They created standards by the sixteenth century and established more significant organized epigraphy projects.

The Corpus Inscriptionum Latinarum is one program that grew out of this tradition. Mommsen and other scholars started it, and it has been published in Berlin since 1863, with wartime interruptions. It houses the world’s largest and most comprehensive collection of Latin inscriptions. New installments are still produced as the recovery of inscriptions continues.

During the late eighteenth and early nineteenth centuries, when archaeology was first developing its foundations, it became apparent that epigraphy was to play a prominent role in understanding ancient cultures. The most famous example is the Rosetta Stone, which finally deciphered Egyptian hieroglyphs, allowing Egyptologists to learn more about ancient Egypt than they had previously been able to.

Historical materials come in various forms, requiring epigraphers to handle and analyze them in many ways. Writings on stone tablets, marble surfaces, and wood are examples of such materials. The methods used must respond to the unique challenges that each element presents; for instance, because limestone does not have a smooth surface, analyzing inscriptions written on it is chanllenging.

On the other hand, clay inscriptions are easier to decipher because they were made while the clay was still soft and then hardened by fire in furnaces. Many used tools like the chisel to make writings on wood, stone, and metal surfaces.

They also used a hammer when chiseling, mainly when working on hard surfaces like rocks. The amount of effort to creating these historical archives demonstrates their professional appeal.

The Rosetta Stone is a prehistoric stele inscribed with the same passage of writing in two Egyptian scripts and classical Greek. It was created in 196 B.C.E., discovered by the French in 1799, and translated by Jean-François Champollion in 1822. The Rosetta Stone was inscribed with three scripts so locals, visiting priests, and government officials could read it. Egyptian hieroglyphs were the first scripts used for religious documents and other vital communications. The second was Demotic Egyptian, which was Egypt’s standard script. Greek, the court’s official language, came in third.

The Behistun inscription (Bagastana in Old Persian, which means ‘the god’s place or land’) is cuneiform, what the Rosetta Stone is to Egyptian hieroglyph- the most crucial document in the decipherment of a previously lost script. It’s in Iran’s Kermanshah Province, and it has three versions of the exact text written in three different cuneiform script languages- Old Persian, Elamite, and Babylonian.

By the mid-nineteenth century, Georg Friedrich Grotefend, Henry Rawlinson, and others had translated the text. It enabled the translation of many other cuneiform texts preserved but undeciphered for centuries, revealing much about human history’s most ancient civilizations.

The Decree of Themistocles is an ancient Greek inscription purportedly issued by the Athenian assembly under the direction of Themistocles, discussing Greek strategy in the Greco-Persian Wars. The authenticity of the decree has been the subject of much academic debate since its publishing in 1960. The decree contradicts Herodotus’ account of the evacuation of Attica in 480 B.C.E., which states that the evacuation was a last-minute decision made after the Peloponnesian army failed to advance into Boeotia to fight the Persians.

The Dipylon inscription is a brief text written on an ancient Greek pottery vessel dating from 740 B.C.E. It is well-known for being the oldest (or one of the oldest) known examples of the Greek alphabet.

They discovered the text on a wine jug (oenochoe) in 1871. Its name comes from the site where they found it. It was the ancient Dipylon Cemetery near the Dipylon Gate in Athens’ Kerameikos neighborhood. The text is in an archaic Greek alphabet, with some letter shapes resembling those of the original Phoenician alphabet.

In ancient times, rulers used inscriptions widely to record their rulings and decrees for their subjects. The Acropolis served as their location in ancient Greece, where any Greek citizen could read about the critical ordinances made by the people. There was also information about the government’s spending. In Greek temples, people used inscriptions to record financial matters such as the repayment of loans, gifts and the sale or purchase of property by religious leaders.

Did you find this blog informative? If so, do express your thoughts in the comments below. Click here to contact us for more information on Epigraphy. We would be happy to assist you with your queries.

Liked this blog? Read next: Top 10 oldest languages in the world-a list you must know!

Q1. What is epigraphy in Indian history?

Answer- Over the first millennium, Indian epigraphy became more common, engraved on the faces of cliffs, on pillars, on stone tablets, drawn in caves, and on rocks, some gouged into the bedrock.

Q2. How do you study epigraphy?

Answer- After passing the 12th grade in related subjects, the aspiring candidate can pursue a Bachelor’s degree in one or more fields such as history, art history, archaeology, or epigraphy, among others.

Q3. What is stone writing called?

Answer- The syllable-based writing system, now known as cuneiform, from the Latin word cuneus, which means ‘wedge,’ was so effective that people used it for nearly 3,000 years.

Admin iSchoolConnect
Study Abroad Expert
`
Study of coins | History, and importance RHIT | Here’s everything you should know about Rose-Hulman! 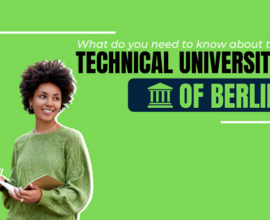 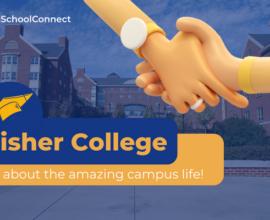 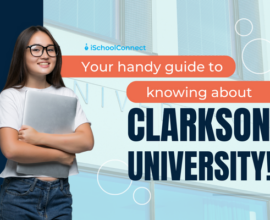 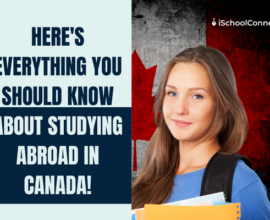 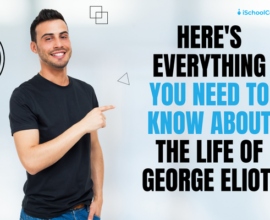 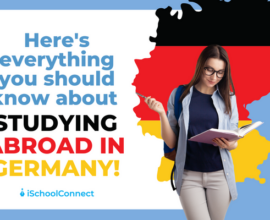