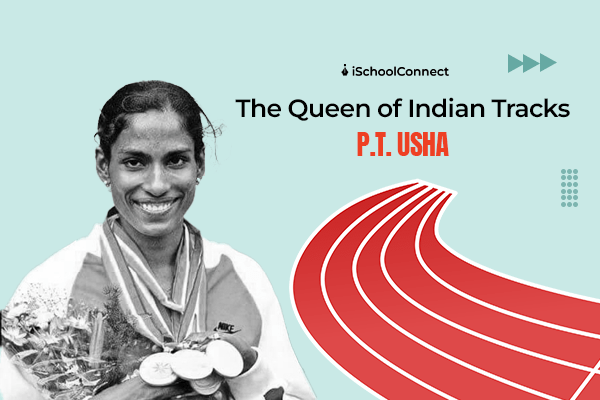 Dubbed the “Queen of Indian track and field”, PT Usha is an inspiration to the youth and citizens of India.
Her accomplishments are one of the country’s most profound contributions to the field of global athletics.
Here are 5 facts to learn about this remarkable woman!

Pilavullankandi Thekkeparambil Usha (also known as PT Usha) is one of the most talked-about Indian fields and track athletes of all time. Her achievements and contributions to the country in ‌athletics make for an inspiring and engaging story for the youth and citizens of India.

PT Usha comes from humble beginnings that largely shaped her view and attitude towards life and what she wished to accomplish.

Keep reading to learn 5 facts about this prolific athlete and her life!

PT Usha has over 100 medals to showcase across ‌her 2-decade-long  sports career. People often endearingly call her ‘Payyoli Express’, given her impact on the nation and the hearts of those striving to achieve what she has.
Here are 5 facts about PT Usha that are worth learning –

PT Usha was first noticed by OM Nambiar in 1977 at a sports prize-distribution ceremony. In an interview, Nambiar stated that PT Usha’s lean shape and fast walking style were one of the first impressions he gleaned of her. These characteristics impressed him, and he knew she had the potential to become an excellent sprinter.

That same year, OM Nambiar began coaching PT Usha and quick results followed when she won 6 medals at the inter-state meet in Kollam (1978).
Additionally, PT Usha also won four gold medals in 60 meters, 100 meters, and 200 meters hurdles and high jump. She also won a silver in the long jump category and the bronze medal in the 4 x 100 meters relay. At this point, PT Usha was barely 14 years of age.

PT Usha’s poor performance motivated her to push herself harder

If you think PT Usha’s athletic career was filled with achievements, think again! What makes this athlete inspiring is that she rose from failure to tackle her weakness, emerging like a phoenix from the ashes.

At the Moscow World Championships held in 1980, PT Usha failed to create an impression and make a mark. She finished in fifth place in the 100 meters and 200 meters categories.

Her performance prompted her to concentrate on the 400 meters hurdles.

Another poor performance was given in the final Commonwealth Games when she came forth, clocking at 55.42 seconds. With this number, she fell behind the bronze medalist by a mere 1/100th of a second. This followed after one of the competitors in the race had a false start, which was said to have “broken her rhythm”.

The best moment of PT Usha’s athletic career was recognized at the 1984 Los Angeles Olympics. She entered the competition on the back of a string of excellent performances at the year’s Mumbai Open National Championships and the New Delhi interstate meeting.

At the Olympics trial conducted in Delhi, she beat the Asian champion to qualify for the Games. It was during the pre-Olympics trials in Delhi that PT Usha shone by beating the top American sprinter Judi Brown, clocking 55.54 seconds, and setting a new Commonwealth record.

In 1991, PT Usha married a CISF inspector named N Srinivasan. With her husband, she settled down into family life and soon after had a son, named Ujjwal.

At this point, and by the end of her athletic career, PT Usha had won close to 101 international medals. She was then employed as an officer of the Southern Railways.

However, PT Usha was not satisfied with family life and a regular 9-5 routine. Instead, she decided to venture into athletics again, but with a new perspective.

She started the Usha School of Athletics in Kerala in the Kozhikode district. The organization is dedicated to advancing the practice and promotion of sports with state-of-the-art facilities.
PT Usha now spends a significant amount of her time at the school, training and interacting with mentees who aim to achieve what she has in her lifetime.

Was this blog informative? If yes, please share your thoughts in the comments below. Click here to reach out to us for more information on PT Usha. We would be happy to assist you with your queries!

Liked this blog? Read next: 9 things you need to know about studying Sports Management abroad

Answer – Tintu Luka is a product of the Usha School of Athletics. She is the national record holder in 800 meters, and the Asian champion in Wuhan (China) in 2015.

Q2. How many girls have PT Usha trained so far?

Answer – PT Usha is estimated to have trained close to 90 girls so far in her school. Her goal is to produce an Olympian.

Q3. How many medals did PT Usha win in a single-track meet?

Answer – PT Usha holds the current world record for the most number of gold medals earned by a female athlete in a single track meet. She achieved this distinction by winning 5 gold medals at the 1985 Asian Track and Field Meet in Jakarta.