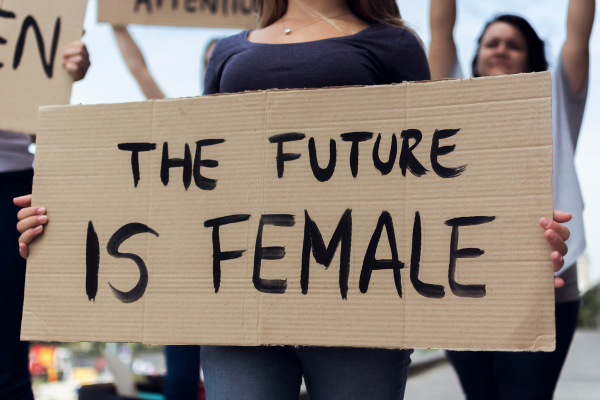 We live in a golden age when women have made and continue to make immeasurable contributions to the world. Try as we might, we cannot possibly honor and mention all of them. But here are a few inspirational women who are all exemplary in their own right.

Inspirational women in India who studied abroad | An overview

While education has been an integral aspect of every Indian household for ages, these women went an extra mile for their education and make it big in the industry.  Along with other factors, their education abroad gave them an edge and their actions in their fields only reflected it. Let’s take a look at these highly inspirational women who changed lives across the globe.

Born in Madras, Indra Nooyi is the first female CEO of PepsiCo and is a board member of Amazon. Indra Nooyi received her Bachelor’s degree from Madras Christian College, University of Madras. After doing a postgraduate diploma from IIM, Calcutta, Nooyi went to Yale School of Management to receive a Master’s degree in Public and Private Management. She was ranked number 13 on the Forbes list of The World’s 100 Most Powerful Women and was ranked the second most powerful woman on the Fortune list in 2015. She removed aspartame from Diet Pepsi with the aim of improving the healthiness of the PepsiCo offerings and moving junk foods into healthier alternatives. During her 12 years of tenure, the company’s sales grew by 80%. She is truly a great role model and one of the most powerful and inspirational women in India.

An iconic Indian tv journalist and an unprejudiced author, Barkha Dutt was a part of NDTV for 21 years. She graduated with a degree in English Literature from St. Stephen’s College, Delhi. Assisted by the Inlaks Shivdasani Foundation scholarship, she received a master’s degree in Journalism from Columbia University’s Graduate School of Journalism. Barkha Dutt was regarded as one of the prominent figures of the nation after her war reporting on the Kargil War front in 1999. Along with the awards such as Journalist of the Year, and Best TV News Anchor for her programme “We the people”, Barkha Dutt was also awarded the Padma Shri in 2008.

Mira Nair, born in Rourkela, Odisha, is an Indian-American Filmmaker and one of the most sought-after Indian inspirational women. Her movie Salaam Bombay had a nomination for the Academy Awards in the category of Best Foreign Language Film. At 19, the brilliant Ms. Nair received full scholarships for both Columbia University, New York, and Harvard University, Massachusetts. After contemplating the offer from both Ivy Schools, she accepted the full scholarship offered by Harvard University and attended college there. She also majored in Sociology at Miranda House at Delhi University. She was awarded the Padma Bhushan, the third-highest civilian award in 2012.

Widely known as IISuperwomanII, Lilly Singh, is a Canadian Youtube personality, comedian, and actress. She graduated with a bachelor’s in Arts in Psychology from York University, Toronto. Lilly topped the 2017 Forbes Top Influencers List in the entertainment category and is tenth on the Forbes list of the world’s highest-paid YouTube stars. She also leads the “GirlLove” campaign encouraging girls all over the world to end girl-on-girl hate. Along with the campaign, Lilly created a “GirlLove” Rafiki and helped thousands of girls (in Kenya and India) to gain an education. Lilly also launched Generation Unlimited at the UN for education and support for the youth. With all her efforts and activities, she is definitely one of the most inspirational women among the Millenials.

Born in the royal Pataudi family, Sara Ali Khan gained popularity by bagging two Bollywood films back to back. Before joining the film industry, Sara pursued Law and Political Science at Columbia University, an Ivy League institution. She believes that while her education and career are not quite correlated, pursuing higher education has helped her gain confidence, and eloquence and has taught her how to live independently.

Known as a born storyteller, Kiran Desai followed her mother’s footsteps and became a writer. She is a prolific writer and Man-Booker Prize winner, who pursued Creative Writing at Bennington College. Besides, she has two master’s degrees in Fine Arts. She pursued these degrees at Hollins University and Columbia University.

Along with these powerful personalities, we have a few other honorable mentions of women who have studied abroad. Rashmi Sinha-the CEO of SlideShare, Paramjeet Khurana- an Indian scientist, Nisa Godrej- the Chairperson of Godrej Consumer Products, Parineeti Chopra- a world-renowned Indian actress, and so many more. These inspirational women have left the world speechless with their success and progress in everything they put their minds to.

You can comment in the section below and let us know about any other women that have impacted your life for the better!

Following the example of these inspirational women, you can also pursue education abroad with iSchoolConnect. Feel free to reach out to us here.

Check out a few of our other blogs that you might find interesting – a girl’s guide to studying abroad, Making your dorm room cozy with inexpensive and easy DIYs.

Liked this blog? Read next: Top 9 motivational speeches students should listen to

Q1. Who is the first Indian woman to receive an education abroad?

Q2. Which country is immigration-friendly for Indian students?

Answer- Here are some of the best countries for international students-

Q3. Where did Gargee Ghosh study?