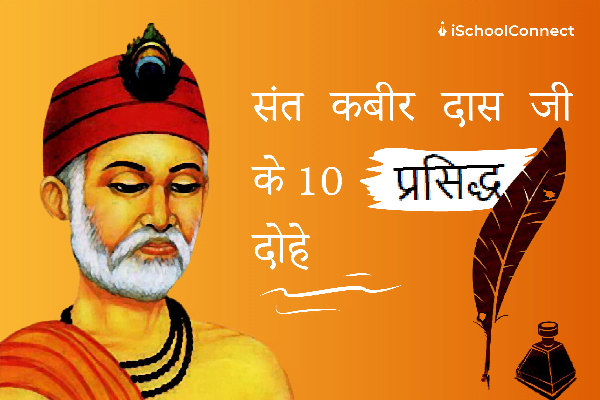 Kabir Das was a renowned poet, and he played a leading role in India’s Bhakti Movement. His sayings and thoughts have a deep inner meaning. Till today, his sayings, popularly called Kabir Das ke Dohe, remain true. This article will share some remarkable Kabir Das ke Dohe that are widely appreciated!

As human beings, we often find ourselves amidst challenging circumstances and may not know how to approach a particular situation or what the right attitude should be when facing a situation like that. Whenever you find yourself in such a dilemma, you must read Kabir Das ke dohe. He can give you clarity of thoughts and help you understand the real meaning of life.

Who was Kabir Das?

Kabir Das was a 15th-century Indian poet and saint. He was born in Varanasi, Uttar Pradesh. Despite being a Muslim, he was deeply influenced by Swami Ramananda, his teacher and the founder of the Hindu Bhakti Movement. Sant Kabir Das ke dohe (couplets) influenced the Bhakti Movement. The verses he wrote are found in Sikhism’s scripture Guru Granth Sahib as well. He was not only a poet but also an eminent social reformer. He questioned while also critically viewing the meaningless and unethical practices of all religions, particularly Hinduism and Islam.

Besides, Kabir believed in the virtue of truth. He asked everyone to follow the path of righteousness and said serving others serves God. Kabir Das’s legacy continues through the Kabir Panth community. People of this community consider the principles and teachings of Kabir as the basis of their life.

What is a doha?

Doha is an age-old form of lyrical verse extensively used by Indian poets. It has been practiced since the beginning of the 6th century A.D. Doha is an independent verse, a couplet, and its meaning is complete in itself.

Meaning – It is of no use being very big or rich if you don’t do any good to others. For example, a palm tree is so tall; however, it is of no use to a traveler because it provides no shade, and the fruit is also at the top. Thus, none can eat it easily.

Meaning – One should always think well of everyone. There is no need to be over-friendly with anyone, nor should you be hostile to anyone.

Read more- Motivational quotes in Hindi | Best ones that every student must know!

Meaning – People who are different cannot live together. If bananas and ber (jujube) trees are planted near each other, the ber tree will swing in the air, whereas banana tree leaves will get torn by its thorns.

Meaning – You should not oppress the weak, as you should not trample a speck. When that weak person counterattacks, it will be very painful. Just like a speck of dust in the eye can cause a lot of discomfort.

Meaning – Kabir requests the almighty to give him only as much as required to feed his family and if any guest comes, then he should be able to feed him too. It means you should only have what you need as there is no use in having too much.

Meaning – The soil tells the pot maker that you think you are kicking and kneading me with your feet but there will be a day when you will be below me (buried after death) and I will knead you.

Meaning – This is sarcasm on people who are blind followers of a religion. Kabir says you spent your life turning the beads of the rosary but could not turn your own heart. Leave the rosary and try to change the evil in your heart.

Meaning – A teacher is even greater than God. Kabir quips that if the teacher and the god are both in front of him, who will he greet first? The teacher’s teaching has made it possible for him to see the god.

Meaning – Kabir says people worship idols made from stone. If it was possible to reach the god this way, then he would worship the mountain. But, no one worships the home flour mill (chakki) which gives us the flour to eat.

We hope you enjoyed reading this blog. In case of assistance, reach out to us or drop a comment below!

Liked this blog? Read next: 12 motivational quotes in Hindi for students to succeed!

1. Which are some books where I can find more about Kabir Das ke Dohe?

Answer- “Couplets from Kabir Das,” “Bijak,” “Kabira Vani,” and “Songs of Kabir,” are some of the books which you can buy and read.

2. What was the main message of Kabir Das?

Answer- Kabir Das had the simplest message of love and fraternity. He strongly believed there is only one god, which was the core of his teachings.

3. Was Kabir Das actively involved in the Bhakti Movement?

Answer- Yes, Kabir Das played a pivotal role in the Bhakti Movement. He was the one who voiced his opinions against evil traditions like Sati and child marriage which were bad for society.

Dhriti Chadha
Study Abroad Expert
`
Amartya Sen books | 5 books you must add to your booklist! Khalil Gibran | The journey of a poet, painter, and philosopher