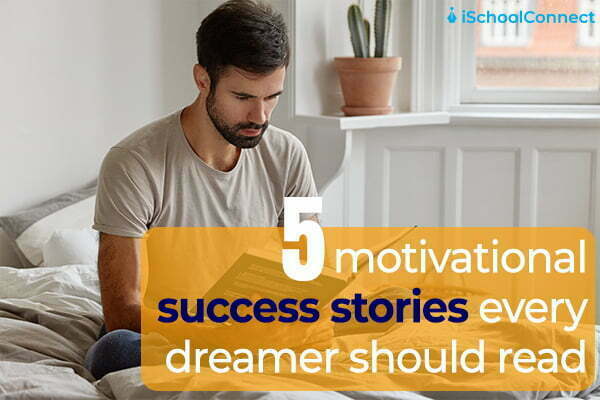 5 motivational success stories of women you need to read

These brave women worked tirelessly to educate themselves and tore down gender boundaries to create a better world. They not only uplifted themselves in a world where women continuously struggle to hold space but have also helped uplift many young girls and women. Continue reading to learn more about these remarkable women in the field of education.

Indeed, the list of amazing women who have contributed to bettering society and encouraging those in need is inexhaustive. Today we shall talk about 5 women who made incredible contributions to the field of education. They not only challenge norms but are also helping create opportunities for young girls across the world. Needless to say that these courageous and inspirational women are changing the face of society. Here is a collection of real motivational success stories of some of the world’s most influential women.

“Imagine a million African girls, all of whom come from a rural background and are familiar with the tension and disappointments of poverty. Envision them working in education and health care, politics, media, law, engineering, and science — imagine the impact they could have on our society.” – Ann Cotton

Ann Cotton was born in the Welsh city of Cardiff. Her educational career began in London where she founded an organization for girls who had been expelled from traditional schools. In 1991, Ann went on a study trip to rural Zimbabwe to find out why females were not enrolling in school at such a high rate. She went on to provide financial help for 32 girls to attend secondary education once she discovered poverty was the root of the problem.

Camfed is a non-profit organization founded by Ann Cotton in 1993. Camfed is short for Campaign for Female Education and is working to increase girls’ educational opportunities in rural Africa and supports girls who would otherwise be denied an education because of poverty. The organization has helped over 3.3 million children enroll in school and have improved the educational environment for over 5.7 million students. One of the charity’s most innovative initiatives is the development of CAMA, a pan-African network of Camfed graduates and women leaders who offer local services, use their skills to improve their communities, and encourage more girls to attend school.

“We’ve made progress in education and gender equality – but more must be done.” – Julia Gillard

Julia Gillard was born in Wales but relocated to Australia when she was five years old. She started with an arts degree, but after becoming engaged in student politics, she went on to acquire a legal degree from the University of Melbourne. Julia Gillard was a lawyer before embarking on a 17-year political career that ended in her election as Australia’s Prime Minister in 2010. She began her political career with the Victorian ALP in the late 1970s, when she became a member of the party’s Socialist Left-wing.

Beginning in the mid-1980s, Gillard progressed through the ranks of the ALP. She was president of the ALP’s Carlton chapter from 1985 to 1989 and a member of the ALP’s administrative committee in Victoria from 1993 to 1997. She then became the head of staff for Victorian ALP leader John Brumby in 1996 and kept the position until 1998. Following this, she was elected to the federal House of Representatives to represent Lalor, an industrial region west of Melbourne.

Julia Gillard retired from politics in 2013 and now acts as the Chair of the Board at the Global Partnership for Education. This organization aims to coordinate and mobilize global and national goals to achieve quality education for people around the world.

“There is no equality without empowerment. There is no empowerment without knowledge. Our job is to foster the opportunities so that every woman, child, and adolescent can own— and demand— their rights.” – Graça Machel

Graca was born in rural Mozambique as the youngest of six children. Young Graça had a lot of encouragement to go to school. She attended mission schools before receiving a scholarship to the University of Lisbon. She then went on to study German and worked as a schoolteacher after graduation before entering politics.

Machel served as Mozambique’s Minister of Education and Culture for 14 years, increasing school attendance and lowering illiteracy rates. She has been active in humanitarian work and agitation for girls’ education in the years thereafter. Machel also established a foundation that promotes education for women and children all around the world.

“If one girl with an education can change the world, what can 130 million do?” – Malala Yousafzai

This 23-year-old activist has a longstanding history of fighting for females’ educational rights. One of the most motivational success stories, Malala is an inspiration to many. She began writing an anonymous blog for BBC Urdu on living in Taliban-controlled territory. She was barely 11 years old then. The next year, she was part of the documentary “Class Dismissed”, which was about the Taliban’s closure of schools. Malala gained international headlines in 2012 when she was the target of a Taliban murder attempt in reprisal for her outspoken campaigning. She healed and resumed her work by spreading global awareness of the “need for education” for girls and children.

Malala won the Nobel Peace Prize in 2014 for her contributions, making her the youngest Nobel laureate ever. She is presently a philosophy, politics, and economics student at Oxford University and has also written the book “We Are Displaced,” on the lives of refugee girls throughout the world. Malala continuously uses her platform to tell the experiences of other young women.

Michelle Obama was an excellent student ever since she was a child. She was part of the gifted class when she was only 11 years old. Michelle studied sociology at Princeton University while also running a childcare center for the children of minority students. She went on to Harvard Law School after graduation and worked as a lawyer and in non-profit organizations.

Michelle Obama, as First Lady, established Let Girls Learn, a White House project aimed at ensuring that girls across the world have access to education. She was the creator of a key project, the Global Girls Alliance, in her post-White House career. Their mission is to use education to empower teenage girls all around the globe, helping them to reach their greatest potential and improve their families, communities, and countries.

These real motivational stories of success about women in the field of education are a must-read for everyone. The inspirational tales of endurance and perseverance are the reason that today, girls and women receive higher knowledge, skills, self-confidence, and capacities as a result of education, which improves their life prospects. Most importantly an educated woman offers better nourishment, health care, and education for her family.

Q1. What role do motivational success stories have in one’s life?

Answer – Motivational stories are incredibly impactful because they inspire us and help us muster the courage to tackle challenges in our own lives. This also aids in the improvement of our value system, and we tend to become more grounded. As readers, we may relate to the character in certain respects.

Q2. What motivates people when they read stories?

Answer – Our curiosity, emotions, and imagination are all piqued when we hear stories. Since stories are so cognitively rich, analyzing them becomes a far more personal experience than merely an academic one. Empathy and healing are also induced through motivational stories.

Q3. What is the most significant impediment to women’s education?

Answer – According to the World Bank, poverty is the most crucial factor that influences whether or not a girl has access to school.

Aditi Sharma
Study Abroad Expert
`
Father of Medicine | The brilliance of Hippocrates in his works Deep Motivational Quotes to Keep You Inspired in Life!