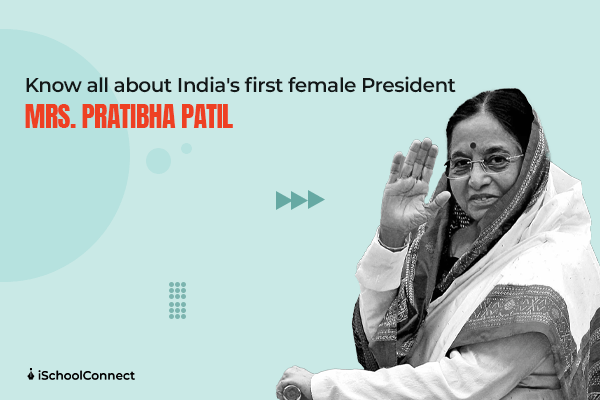 Pratibha Devisingh Patil is an Indian lawyer and politician. She served as the 12th and only female president of India, inspiring the masses toward women’s empowerment in the country. Here are 5 incredible things to know about this prolific woman!

Pratibha Patil rose to prominence by assuming the prestigious presidential role in the country. However, her life is replete with stories of success in the face of obstacles, making her an influential figure long after her tenure ended.

Learning about the first female President of India and the different events of her life is an excellent way to understand how this leader contributed to Indian politics in her way. Her achievements are large and varied and lie well beyond the realm of her political identity.

Keep reading to learn more about the top 5 incredible things about this political authority figure!

In addition to being a politician, Patil is also a lawyer who served as the Governor of Rajasthan between 2004 and 2007.

Here are some interesting facts to know about this iconic figure –

A keen interest in social issues from an early age

Pratibha Patil is the daughter of Narayan Rao Patil. She was born in the village of Nadgaon on 19 December 1934. Initially, her education was conducted at R. R. Vidyalaya. As she progressed in her academics, she began developing an interest in social issues such as women’s empowerment.

This prompted her to pursue an undergraduate degree (Bachelor of Law) from Government Law College (Mumbai). This was followed by a postgraduate degree in Political Science and Economics from Mooljee Jetha College (which was then under Poona University).

After the completion of her degree, Pratibha began practicing law at the Jalgaon District Court. She also spent a considerable amount of time participating in social activities concerning the improvement of conditions faced by all women in the country.

In 1962, at the young age of 27, Pratibha Patil was elected to the Maharashtra Legislative Assembly as a part of the Jalgaon constituency. Soon after, she won in the Edlabad constituency (now known as Muktainagar) consecutively on four occasions between 1967 and 1985.

After this appointment, Patil took a brief retirement from politics once her five-year term was completed. However, she returned to political public service in 2004, which was when she was appointed as the governor of Rajasthan. She is also known as the first woman to hold the office of governor in Rajasthan when she was appointed as the 24th governor of the northwestern state.

A long-time association with the Gandhi Family

Pratibha Patil has been associated with the Gandhi family for a long time. This made her a favorite of the leader of the Congress Party, Sonia Gandhi. This association is one of the crucial factors that contributed to Patil’s name being brought forward as a candidate for the ceremonial role of president in the year 2007.

One advantage of Pratibha Patil was that the previous candidates had been struck out by the partners of the Congress’s coalition government. Patil’s association with the Gandhi family and her being relatively unknown contributed significantly to her winning the elections. She received one-third of the votes during the election for the presidency.

Pratibha is recognized as the only president of India to spend a large sum of money on foreign trips alone. During her tenure, she took numerous foreign trips, as compared to any other previous president of the country.

Sometimes, she was accompanied by as many as 11 members of her family. It is estimated that she took close to 12 foreign trips spanning more than 22 countries by May 2012 alone. The completed travels cost close to INR 205 crore.

While there was significant public discord on the fact that Pratibha Patil was using significant amounts of money to travel, the Ministry of External Affairs disagreed with public opinion. The Ministry was stated saying that taking family members on foreign trips “was not abnormal”.

Pratibha Patil set up several organizations during her tenure

During her tenure, Pratibha Patil set up ‘Vidya Bharati Shikshan Prasarak Mandal’. This is an institute that now runs a chain of schools and higher education establishments in the cities of Amravati, Mumbai, and Jalgaon.

In partnership with her husband, Pratibha Patel also set up the ‘Shram Sadhana Trust’. This trust runs hostels for working women in the cities of New Delhi, Pune, and Mumbai.

Finally, Pratibha Patil also founded a renowned sugar factory known as ‘Sant Muktabi Sahakari Sakhar Karkhana’. This factory generates a significant amount of revenue that is directed towards uplifting women in the societies surrounding the same.

Was this blog informative? If yes, please share your thoughts in the comments below. Click here to reach out to us for more information on Pratibha Patil. We would be happy to assist you with your queries!

Q1. When did Pratibha Patil become the President of India?

Answer – Pratibha Patil became the President of India on 25 July 2007.

Q2. Did Pratibha Patil find a bank during her tenure?

Answer – Yes, Pratibha Patil founded a cooperative bank known as ‘Pratibha Mahila Sahakari Bank’. However, the bank ceased trading in February 2003 when its license was revoked by the Reserve Bank of India.

Q3. What record did Pratibha Patil set during her tenure as president?

Answer – Pratibha Patil commuted the death sentences of 35 petitioners to life, a record she established during her tenure as president.